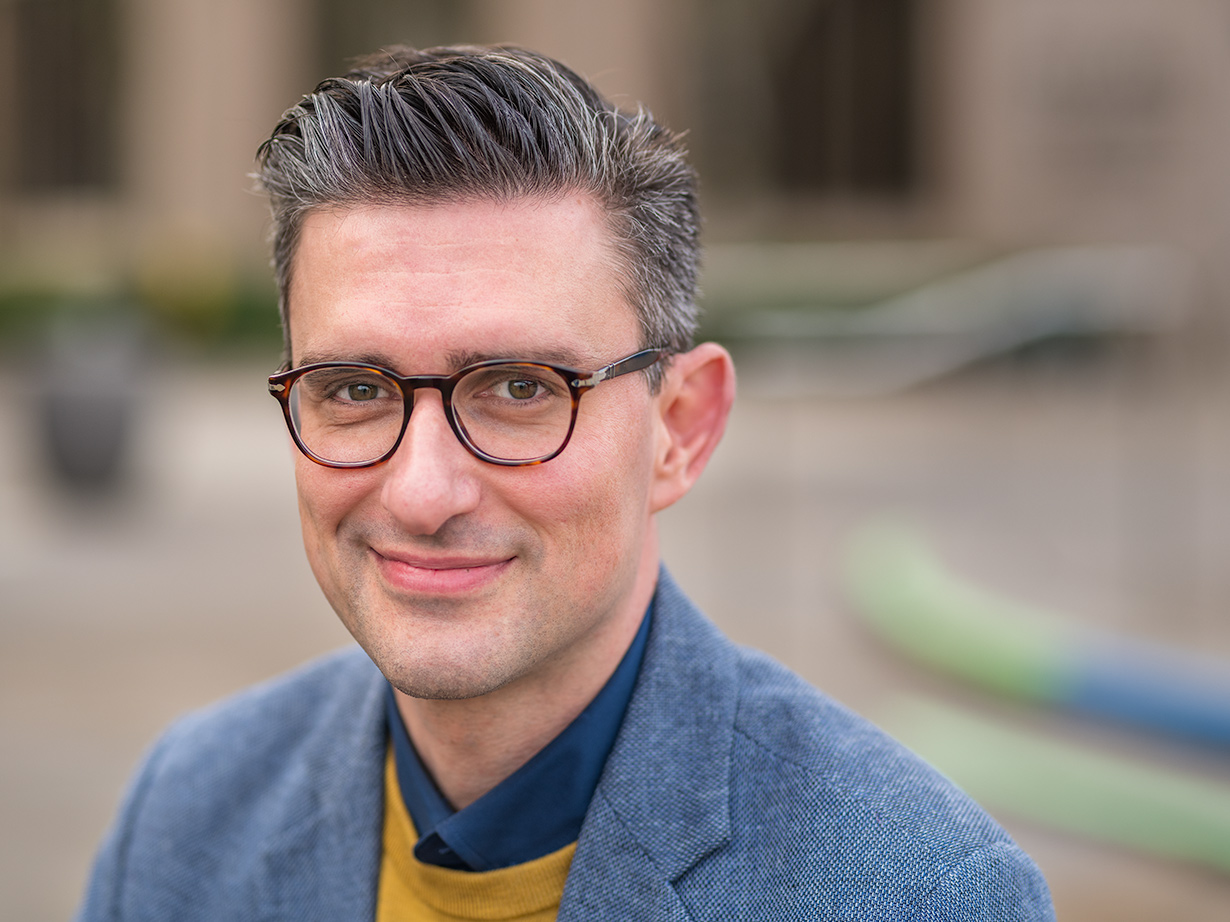 The air raid signals blared as six-year-old Chris Ayzoukian rushed to hide in the bathroom alongside his parents and older sisters. Their flat was dark, so the five of them lit candles and waited in the dim light for the raid to end. A few times before, his mother had rushed to pick the children up from school during other bombing raids. They’d sat, tense, in the car on the way home.

These are the memories Ayzoukian, born in 1977, recalls as vivid moments frozen in time. He grew up in Jal El Dib, a suburb not far from the heart of Beirut, Lebanon. As a child, he didn’t fully absorb the horror of the situations he now recalls — evidence of a civil war raging in a once-peaceful city, Beirut, so beautiful that it was known then as the Paris of the Middle East. But now, as a parent himself, “I think back at what what my parents went through when we were young and I’m floored.” In hindsight, he commends his parents for protecting the family while keeping daily life running.

Ayzoukian’s father was Armenian, and his mother is from Bulgaria. His father weighed the options of emigrating or staying in Beirut, and eventually made the decision to leave.

That choice ties to another of Ayzoukian’s vivid memories: sitting in a massive plane and feeling the thrill of taking off into the air. “It was like a family trip,” he recalls thinking. “At that age, you’re so adaptable. You’re so flexible — it’s all fun and games, kind of.” The family landed in New York, then stayed a few weeks in Connecticut with an aunt. Yet another of his strong memories was of celebrating his seventh birthday, his first in America, at a Chuck E. Cheese’s.

For much of his life, Ayzoukian lived in Southern California. He attended an Armenian middle school as well as high school, which kept students connected to Armenian language and culture.

A love for the arts came into his life in many ways. He remembers playing records and discovering it was Beethoven. He refers to his favorites as “three Bs” — Beethoven, The Beatles, and The Beach Boys. Ayzoukian also recalls sitting at his friend’s piano and playing the same song over and over, mesmerized by the tune.

His English language teacher also instilled in him appreciation for poetry, as she recorded herself reciting a poem so he could memorize it. She hoped the artistic assignment would bolster the young student’s English studies. He was soon able to recite the poem without notes, an achievement that built his confidence.

These experiences fostered his love for music and art, and Ayzoukian went on to study piano and composition at Loyola Marymount in Los Angeles. On a field trip, he visited the LA Philharmonic, where he would later work.

Red draperies and warm yellow light greeted him. He witnessed first-hand all the workers who helped behind the scenes of performances. In that moment, he realized what he wanted to do: to help artists, even in small ways, and to be part of the energy behind the scenes preparing for a performance. As an intern there, he says, “I saw myself as a link in the chain.” Sometimes his role was as seemingly minor as bringing coffee to a musician. But, as he reasoned, “That simple cup of coffee has a role in the success of the show itself.”

Ayzoukian worked at the LA Philharmonic for seventeen years, rising from intern to vice president. A major benefit to his job was that he was able to stay near his family while doing the work he loved.

In 2017, he moved to Oregon to act as General Manager for the upcoming Patricia Reser Center for the Arts. Here, he could help not just artists but also the residents of Beaverton, who for years had requested a more attractive downtown area and an arts center. The project has allowed him “to be more in the hot seat, to be the person in charge of it.” Ayzoukian had had a hand in the building of L.A.’s Walt Disney Concert Hall, but came nowhere close to overseeing the whole project. His position in Beaverton will allow him to bring a new arts center to life from start to finish.

He aims to give artists the freedom and space to experiment, as “artists of any kind need a supportive environment in order to do their work.” The goal is for artists to germinate their ideas into bigger works, while also having the freedom to stumble along the way.

“And that’s the beauty of it all,” Ayzoukian says. “That spark that happens and step-by-step changes the world.” After witnessing art, he contends, “We’re changed people. We cannot go back,” as the experience imprints on us in meaningful ways.

Ayzoukian also now finds himself on the receiving end of offers to help. The number of people who have stepped up to support the project has amazed and delighted him.

His love for art pertains to the way he sees the world. As he says, art imprints on you — “It helps you see your friend, your neighbor, your enemy differently.”