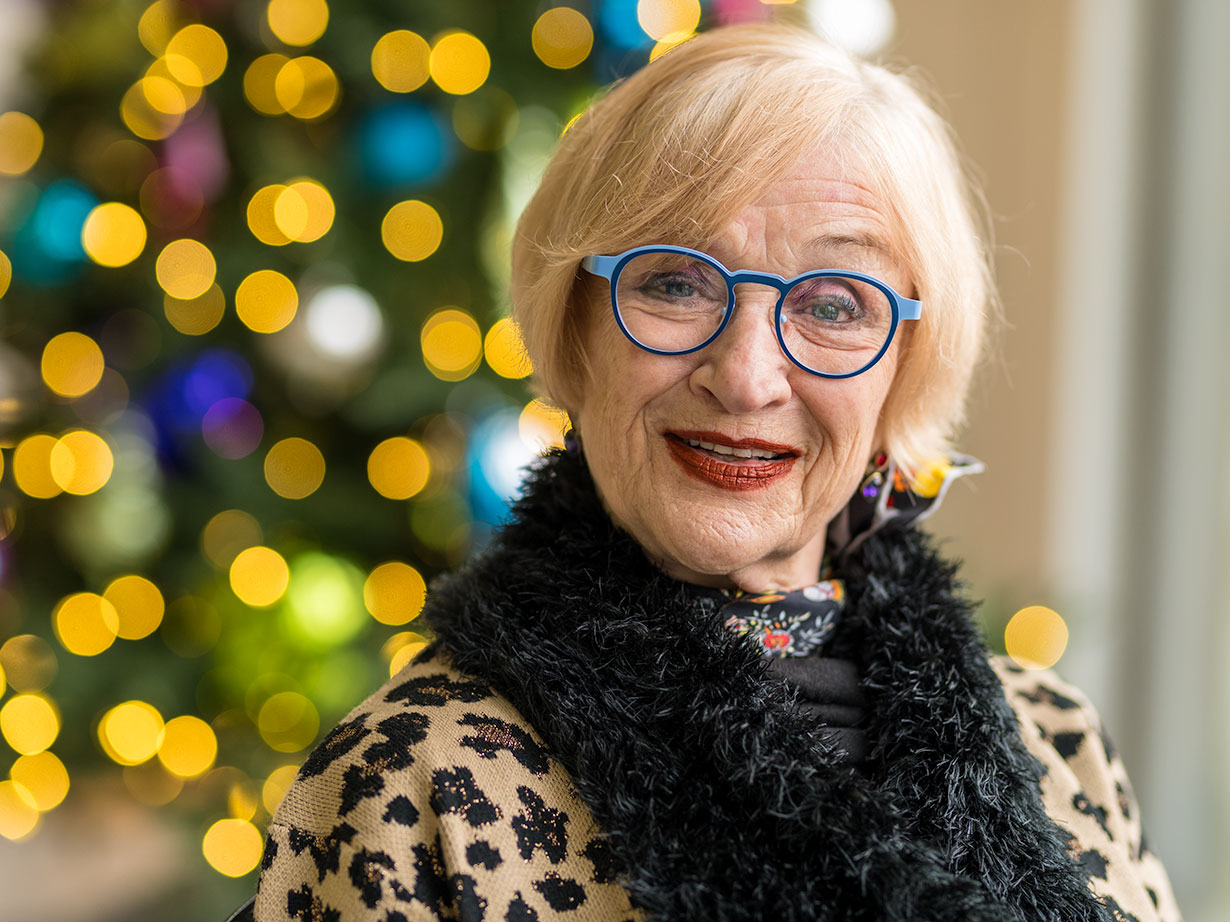 Three times, Lilia Boteva-Ayzoukian has received a violin. Each time the gift has been a link between, the two most important things in her life:family and the stage. “My father surprised me with a violin when I was seven years old,  and I still wonder how he afforded it,” she explains. “And later my husband and then my son also bought me violins as gifts.”

Boteva was born in Pleven, Bulgaria, in 1940. For much of her childhood, she lived on the army base where her father was stationed. One of her earliest memories is of her father rushing home and warning the family to hide in the garden because planes were coming to drop bombs.

At age three, Boteva stood on a stage for the first time, and has felt a pull to the performing arts ever since. Even now as she describes her life, she can’t help getting up and acting.

When she won first prize in a national storytelling competition at 16, everything crystalized. “This is my place!” she remembers thinking. “I need to live here on the stage.” After briefly working as a lab technician to please her family, 19-year-old Boteva auditioned and was accepted as a student at the national theater in Sofia, going on to work in the national theater and in movies. “My favorite part of acting was becoming a different person, and living with this character,” she recalls. “You need to transform yourself totally, with soul, mind, and body.”

One day an Armenian friend, Barkev Ayzoukian, was visiting some of Boteva’s neighbors and he saw her on stage. He fell for her instantly and made his feelings clear, but Boteva was focused on her acting and at first dismissed him as just a fan.

His persistence won her over though, and one dinner together turned into a yearlong courtship that ended in a proposal. She accepted the ring but wouldn’t put it on or give him an answer. Being with him would mean having to leave Bulgaria, because he was an established oculist in Beirut and couldn’t easily move permanently to her country. She faced a dilemma: to continue a successful career in her home country, which she loved, or to marry this man whom she had also come to love. She couldn’t say yes, but she couldn’t bring herself to say no, either.

So, Boteva fled, heading to the Black Sea with a group of friends. She was lying on the warm sand when she saw one of Ayzoukian’s friends walking towards her. And there was Ayzoukian himself, standing on the hill, waiting to propose yet again.

Next, Boteva tried saying “yes” to everything. She married the man, but she didn’t tell anybody at the theater about it for fear of being ousted if they found out, given the harshly restrictive nature of Bulgarian society at the time. Even on her wedding day, as she ascended the steps to the city hall, she was paranoid about running into a colleague who might see her in her dress.

She stayed in Sofia for three more years but ultimately had to make a choice, because her husband still had to travel back and forth constantly from his home in Beirut. In desperation, Boteva consulted a famous actress friend. “Look at my awards everywhere,” the friend said. “And look at me here alone. I don’t have a family; I cannot talk to those awards.”

So Boteva made her decision and moved to Beirut with her husband in 1969. Still, life was not easy, and the artistic opportunities for her were limited. She often spent days alone in her house as her husband worked. “I felt like I came from a different planet,” she says. “I didn’t know the language.” But her skills in sight reading music and memorizing lines for acting helped her as she learned Armenian.

During the sixteen years the family lived in Beirut, Boteva spent her time raising their two daughters and son. But the civil war, which began in 1975, made their lives more and more stressful. One day, Boteva just missed a bomb that fell as she drove her children home from school. “I couldn’t get out of my car afterwards,” she recalls. “I was paralyzed.”

As she herself had done in Bulgaria, her husband now made the decision to place family over career. He left the optician business he’d worked so hard to develop, and the family flew to the U.S. in 1984. They ended up in Los Angeles, which has a large Armenian community, and Boteva’s proximity to Hollywood made her itch to act once more.

She faced the nagging uncertainty of whether she’d done the right thing all those years ago. Then one day, her son asked, “Why don’t you play the violin again?” He bought her a violin, she took lessons, and now she plays first violin in the Topanga and Moorpark Symphonies.

“I say to God,” says Boteva, now eighty years old. “I asked you to bring me to the stage, and (here) I am on the stage again.” She’s where she belongs, she notes, performing once more, and she also has the family she wanted. Boteva has found a way to say “yes” to both her life’s enduring passions, and her three lovingly gifted violins—spanning three generations and three different countries—are proof.