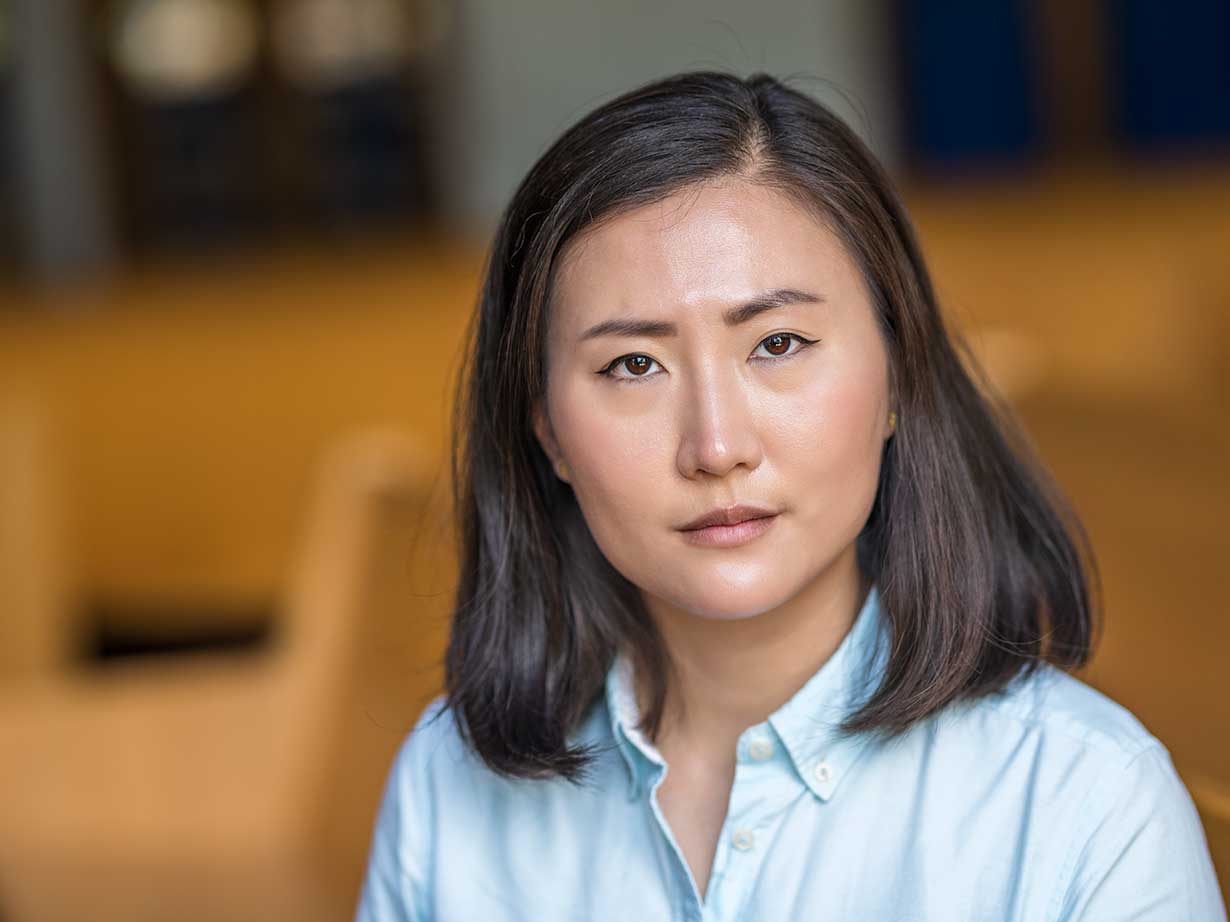 From the start, Barbie Wu was determined to forge her own path.  Born in Taipei, Taiwan, in 1986, she comes from a family of scientists.  Her father was a computer programmer, her mother taught chemistry and physics, and her younger brother was also drawn to the STEM fields.

Wu, however, realized that her strengths lay in literature and language, and chose to attend a secondary school in Kaohsiung that focused on languages. Though the school was a four-hour train ride from her family, she says, “Having a clean slate was also something that really appealed to me because growing up I was always my mom’s daughter, this iconic teacher’s daughter, or my really brilliant brother’s sister, so it was hard to try to find a voice of my own.”

She attended Wenzau Ursuline University of Languages for the next two years and, at 17, ventured even farther by choosing to attend a high school exchange program in Eugene, Oregon.  Education in the U.S. was a big change for Wu, coming as she did from a traditional school full of academic rigor to a new school where flexibility and relationships flourished.

“We had just gone to see ‘Miss Saigon’ as a class in high school,” she remembers, “and there was an episode of ‘Family Guy’ when one of the characters was pulling up the edges of his eyes and saying, ‘Lalala Miss Saigon.’ I had a student teacher who did that in class and I felt so humiliated and so mad and on the verge of tears. I was the only Asian person in the room and he made me feel alienated and horrible and I feel like that will always stay with me.”

In Eugene, she also had the opportunity to try new classes, such as acting.

“We were retelling the story of Rumpelstiltskin,” she says. “I remember having so much fun and thinking, ‘OMG I get this.  This is the thing I understand!’  I had this epiphany of this is what I want to do.  I called my parents the same night to tell them and they freaked out.”

Though her parents were concerned that acting wasn’t a stable job and often tried to persuade Wu to go into academia, they still encouraged her goals.  Wu reflects, “It’s been a really long journey for them…They wanted to support my dream. I really cannot thank my family enough for doing what they did for me, and any of my successes would not have happened if they didn’t have the faith in me, or their generosity.”

After earning her Bachelor’s degree in acting from the University of Oregon and her Master of Fine Arts degree from Southern Methodist University, Wu treasured the first time her family was able to watch her perform. It was in ‘Magellanica’ with the Artists Repertory Theater in Portland in January 2018.

“I think they were proud,” she says.  ”My dad just happened to have a business trip in Seattle. He ended up seeing opening night, which was really special, and my mom and brother saw the closing performance.”

This year, Wu will be a visiting assistant professor of theater at Reed College.  Her aim is to create a safe environment for POC (People of Color) students so that they do not have the same experiences she once faced. She aspires to convey useful and practical information within her classes with open communication so that her students feel “seen and loved.”  Most of all, she would hope that they would have the opportunity to pick roles that feel comfortable to them and are not based on race alone.  She would like to challenge them: “Can you be an advocate for yourself to be seen in those roles?”

Describing the classic American playwrights, she says, “They don’t really write for people of color.  They didn’t know those stories to tell.”

Wu hopes that in the future the focus in theater will shift away from the classics that often hold stereotypical and discriminatory perspectives on POC–for example, works like “Miss Saigon” and “Driving Miss Daisy”–to more inclusive stories with positive and diverse representation.

“I am a firm believer that theater can be the vehicle of social change,” she says.  “I think art exists so that we can make bold changes and ask those big questions to hopefully make everyone become a better person.”