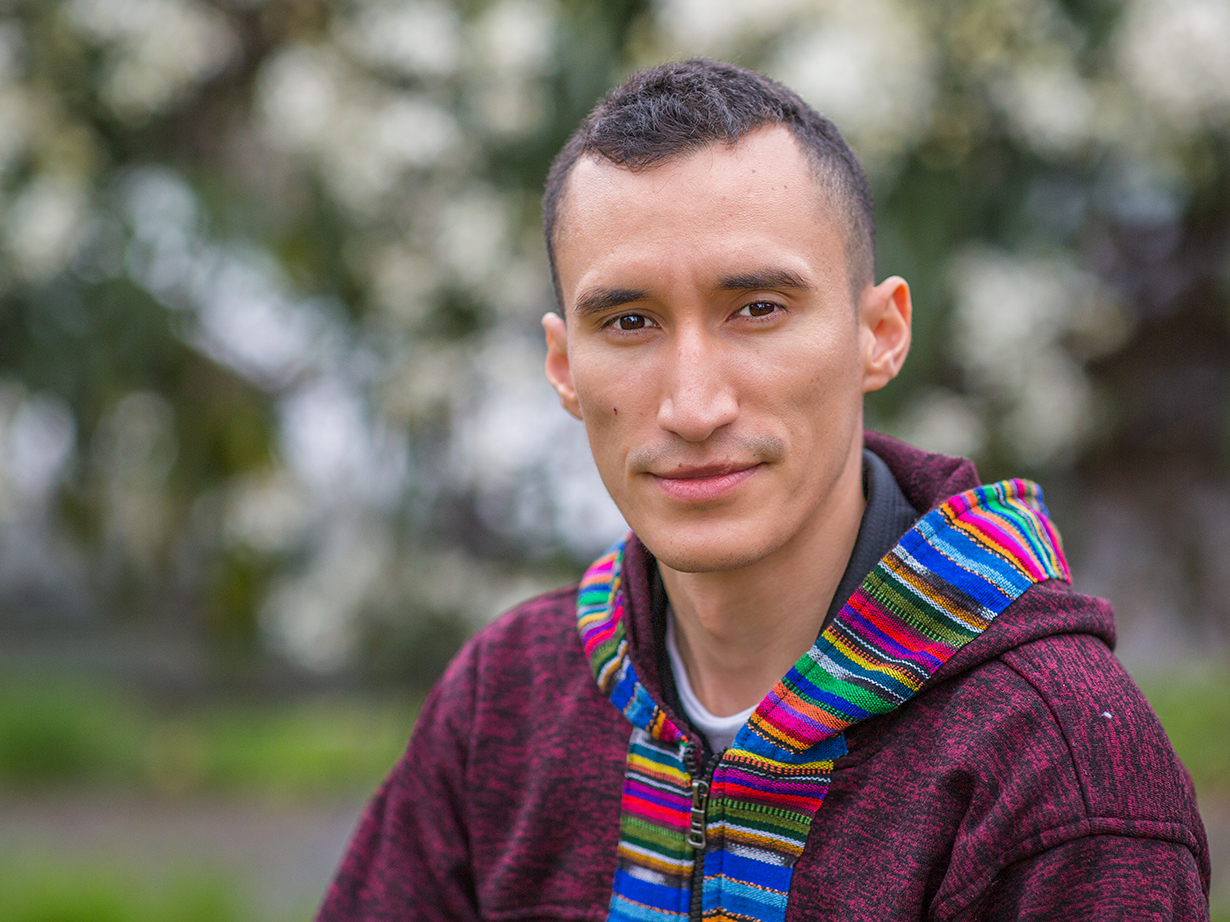 When Hector Mejia Zamora lost his father, he made a bargain with God. “I was only fourteen,” he says, “But I told God that if he gave me my dad back, I would do something big and help save the planet.”

Zamora was born on May 10, 1993, in a rural area of Santa Rosa, Guatemala, where his parents owned a coffee farm.

Zamora’s parents and older siblings had previously lived in the United States for six years to escape the Guatemalan Civil War, but moved back right before his birth.

“My mother was the one who decided to move to the US and my father followed her because he loved her, and then my siblings were born both here [in the US],” Zamora explains. “When they saw that things were better, they decided to go back to Guatemala.”

Growing up, Zamora admired his father’s work ethic. Even through his fight with cancer, his dad always encouraged his children to give back to their community, as he himself did, particularly by fighting for coffee farmer’s rights, even running for local election.

After his father’s death, Zamora tried out studying medicine and then law, but soon realized that his path would not involve conventional schooling.

“Teachers were not answering the questions that I was asking for, and I saw a system that was kind of square, you gotta just follow the rules and do what you’re told,” Zamora says.

As a teenager, when the coffee business declined following his father’s death, Zamora started a chicken distribution business and a banana delivery business, using only $50 and his mother’s truck. He thanks his family for always supporting him, and credits his older brother for filling the father role, even to this day.

“I actually see him (my brother) as my second father and I have a lot of respect and appreciation for him, because he gave up everything to support us,” he says.

Over two years, the banana delivery business grew. Meanwhile, Zamora’s family began moving back to the United States, although he was hesitant to follow.

“They were pushing to get me here, but I was doing so well in Guatemala that I didn’t want to leave,” he says.

However, in 2014, he joined his family in Portland, Oregon.

Within months of arriving, Zamora knew that he wanted to start his own business, and began taking business classes at Portland Community College. He chose to try the coffee roasting industry, drawn to it because of the connection to his family history and culture.

However, this time was hard for Zamora, who spoke little English and struggled to earn a livable wage. “In Guatemala, I was making the salary of a lawyer, and here I was not even making enough to pay bills,” he notes.

After working at a fast food restaurant and then as a washer at an optical lens lab for several years, even becoming a manager, Zamora began driving for ride-service apps, where he was reintroduced to his coffee dream.

One day, Zamora was driving for Lyft, when a passenger, hearing of his dream to distribute his coffee in the U.S., helped connect him to a Guatemalan coffee roaster, who soon started buying Zamora’s coffee beans. On another ride soon after, he met someone who knew of a space that was perfect for a coffee roasting business, which led to an even bigger opportunity.

During this time, Zamora still owned his own land in Guatemala, where he grew coffee. In 2019, after solving the problems with coffee bean supply and roasting, Zamora opened his own coffee shop in Portland, Oregon.

Cafe Zamora fulfills the dreams of both his father and himself. Now, after keeping a business open through a pandemic, Zamora wants to give back to those who helped him. And, even after all this time, he is still connected to his roots and has never lost his sense of community, with Cafe Zamora exclusively using beans grown in Guatemala.

“The reason I want to help others is because I know many others don’t have that opportunity (to give back),” Zamora says. “When we work together, we are unstoppable.”