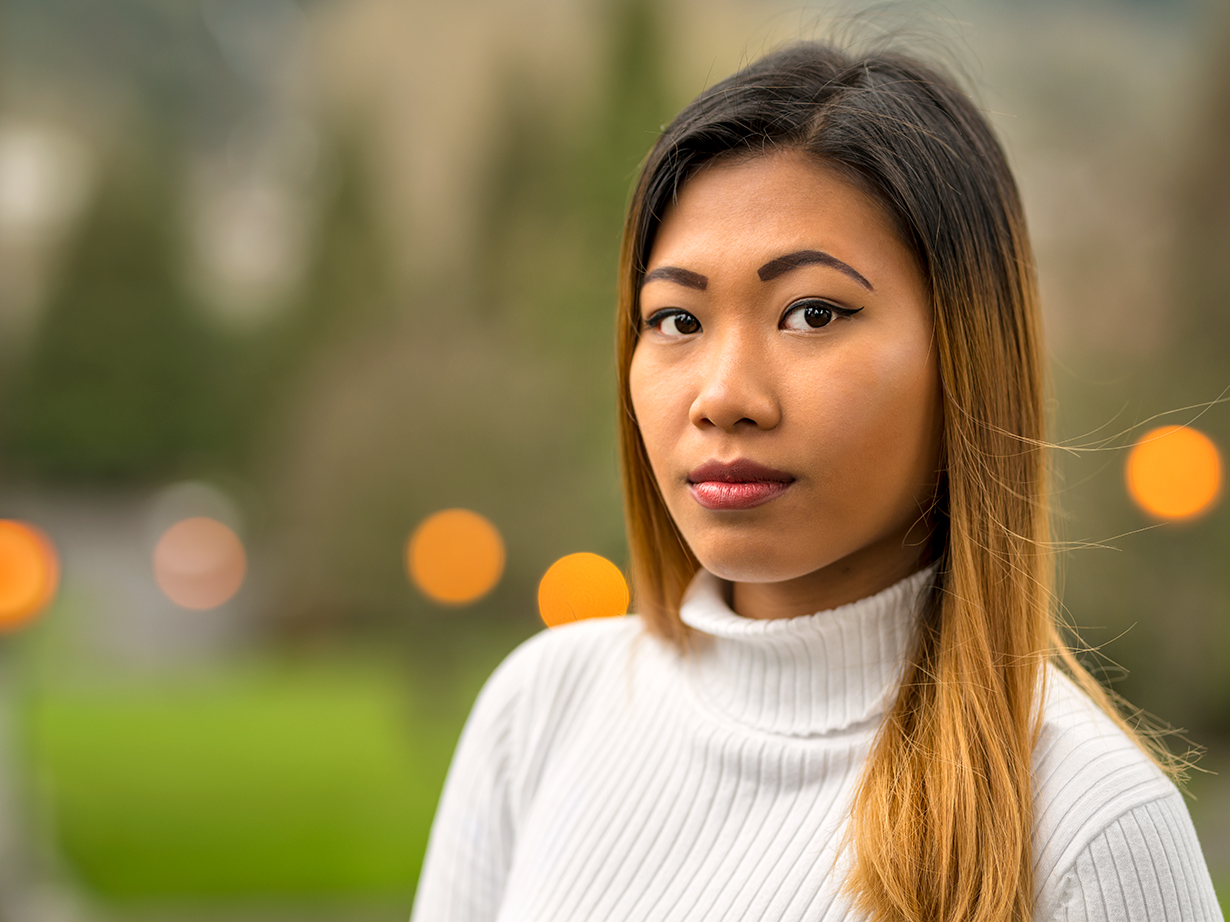 At the time, Rachel Ramirez was studying at the University of Portland in Oregon. Her family in Saipan told Ramirez that a typhoon was coming, and soon after the family group chat went silent. Ramirez was frustrated because the Category 5 weather event got so little attention in the U.S.

“Literally no one was covering it, even the national news, and I was really pissed because I was trying to contact my parents,” she said.

Ramirez was born on April 22, 1996, in Saipan, a small island that  is part of the Northern Mariana Islands owned by the United States. She grew up with a little sister, mom, and dad.

Her parents were strict. Ramirez wanted to spend time with her friends, but her dad enforced a curfew. Ramirez would sneak out of the house, but her dad often caught her and gave her the silent treatment.

The cycle continued until Ramirez turned 18 and celebrated her adulthood with a traditional Filipino debut. She held her dad tenderly as they took the first dance.

“That’s when I broke into tears,” said Ramirez.

Saipan is a part of the United States, but Ramirez wanted to experience college on the mainland.

“Even though we’re a U.S. territory, you feel so isolated from the mainland US,” she said. Ramirez was moving far from her family, but their bond was stronger than ever.

When the typhoon hit Saipan, Ramirez couldn’t stand idly by as the fierce natural disaster disconnected her from her family. Ramirez submitted an article on Soudelor’s lack of news coverage and impact on Saipan to CNN’s iReport. Her article went viral, and she was hooked on  telling stories that otherwise would go unheard.

The University of Portland did not have a journalism program, so Ramirez took electives that focused on writing.

Ramirez joined The Beacon, her school’s student-run paper, and rose to become multimedia producer and a senior reporter.

At The Beacon, she said, “I learned…how to be a journalist which opened a bunch of other opportunities.”

The summer of Ramirez’s junior year she was introduced to the Asian American Journalist Association (AAJA), and was accepted for a fellowship focusing on refugees and immigrants. She and the other fellowship winners presented their project in front of well-known journalists in Philadelphia.

“I was just starstruck, because that conference was filled with well-known journalists, Asian-American journalists. That was also the first time I learned to essentially sell myself as a journalist,” said Ramirez.

Attending the conference made Ramirez feel like she found a new family that she saw herself represented in.

“I felt like they didn’t value the ideas that I would pitch in,” she said. And at times she felt marginalized: “I guess me being a woman of color they kind’ve looked down upon you.”

Ramirez left the Financial Times and found her current job writing for Grist, an online news organization based in New York City that focuses on environmental justice topics. Ramirez writes feature stories that feel important for her to share.

Recently, Ramirez wrote an article covering the intersection of COVID-19 and “cancer alley” in Louisiana known for its high rate of pollution-linked cancer. The residents of the area are largely African-American, and a recently published study found a deadly connection between air-polluted areas and COVID-19.

“They [big polluters: corporations and government] need to be held accountable for that because people are dying,” said Ramirez.

Still, she longs for greater impact.

“I work really hard on the community stories I do, but I feel like it doesn’t get enough traction because we are a small news organization” said Ramirez.

With each article Ramirez continues to define her voice. She feels certain that in the future she will continue to light the way with journalism.

“As a young woman journalist of color, I’ve had to behave a certain way – I didn’t get the level of respect I wanted,” she said. In the future, “I really want to see myself in a larger news organization.”