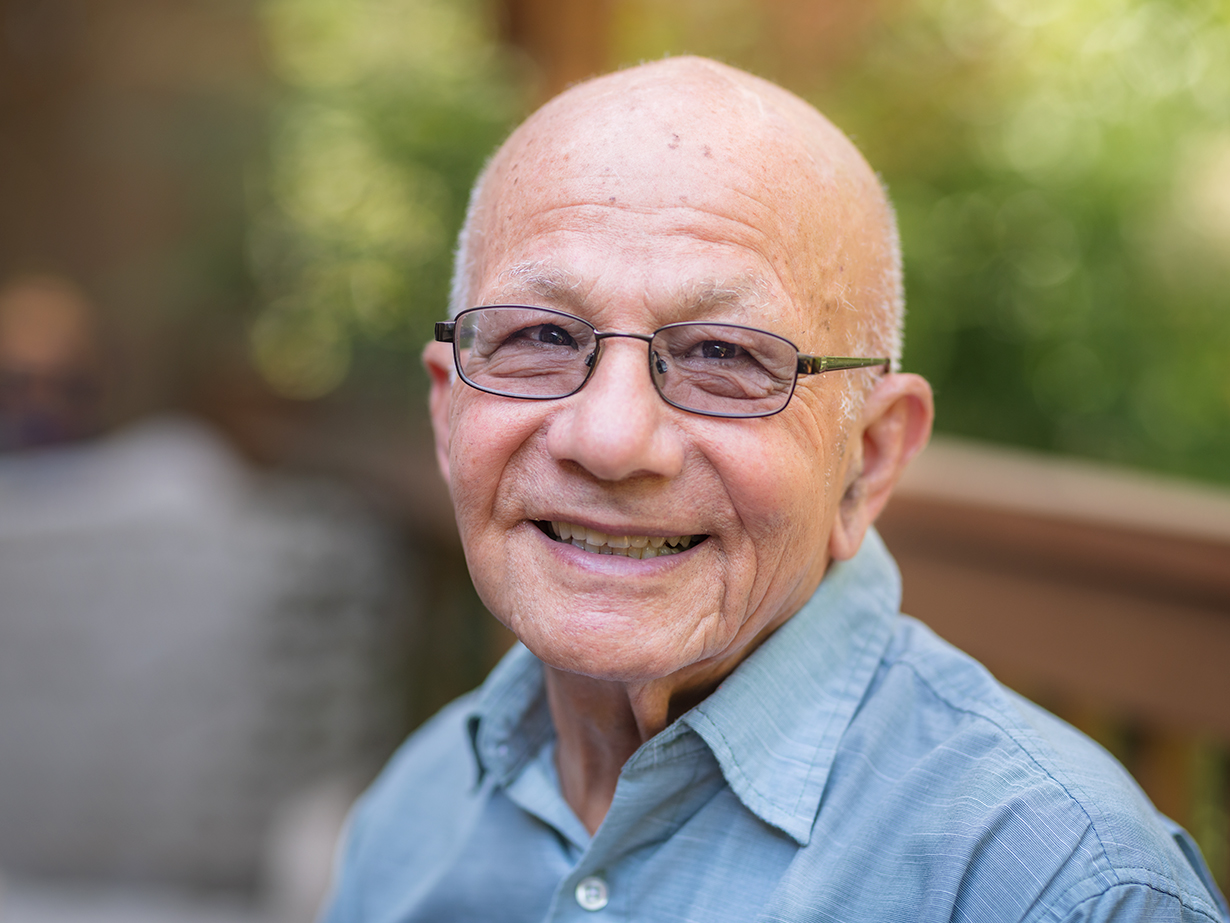 When 25-year-old Nader Rezvani saw the Statue of Liberty from a tourist boat in 1963, he recalled the poem inscribed on the statue’s pedestal and thought, “Oh, I’m all of that!” early in a journey that would lead him from Tehran to Portland.

Rezvani was born in the Iranian capital in 1938 and grew up in a family of four siblings. He remembers fighting over the last bite of tahdig and climbing mulberry trees in abandoned orchards with them. Their school schedule was rigorous, and Rezvani immersed himself in his favorite subjects — physics, chemistry and trigonometry. He says his passion for science led him to become a “devout atheist” at age 16.

“You can’t just tell stories as if they’re true; you have to back them up with facts,” Rezvani emphasizes. “I was just flabbergasted [by science].”

His beliefs were evolving at a time in Tehran when a mosque could exist next to a liquor store and a woman in a chador could stroll down the street alongside one in a mini skirt, Rezvani said.

Rezvani planned to attend university, but he couldn’t, as the entrance exams required students to “know more than Einstein,” he notes. Starting in 1957, he worked as an inspector on a hydroelectric project. But he still dreamed of college, and had heard about opportunities for higher education in Berlin. In 1963, he ventured to Berlin himself.

He arrived during Oktoberfest and wondered, “Does this party happen every day?” He soon confronted a harsher reality when he was denied housing at all the nearly 60 apartments he visited. He attributes the rejection to prejudice against Middle Easterners.

Undeterred, he used his U.S. visitor visa and the English he’d learned since childhood to board a cargo ship for the U.S. Arriving in New York City in November, 1963, he started washing dishes at an Italian restaurant across from the United Nations. He remembers his two months in New York as some of the coldest he’s experienced. Talk of California weather persuaded him to board a bus for the four-day ride to Los Angeles in January, 1964

“When the Greyhound bus got to Los Angeles, the first thing I noticed was that people were walking on the street in t-shirts and that my eyes were burning because it was so smoggy,” Rezvani remembers.

There, he finally achieved his academic dream, graduating from California State, Los Angeles, in 1970 with a bachelor’s degree in mechanical engineering. But Oregon captivated him during a visit in 1974, when he turned east on Powell Boulevard and suddenly saw Mt. Hood. In 1975, he moved to Portland and began a nearly 20-year career at Tektronix in Beaverton.

“It was [a good sign] because Tehran is at the base of a mountain (Tochal),” Rezvani points out.

In 2000, he retired to an 84-acre farm south of Gaston, Or., where he recreated the orchards of his childhood. Now, he lives with his wife, Rebecca Benoit, in Beaverton, where he has also taken care to plant mulberry trees.

Though he says it took him nearly two years to feel at home in the United States, Rezvani says he has faced little discrimination. After the Iranian Revolution in 1979, some of his co-workers  did ask him, “What’s happening in Iran?” But Rezvani was just as mystified about the turmoil in his home country as anyone else. “Ask someone else, ” he told them.

He has returned to Iran three times, most recently in 2006.  Earlier in 2019, Rezvani tried to bring his sister from Tehran to Portland for a visit, but couldn’t, due to the travel ban targeting Iran and other countries.

Rezvani concedes there are things about the United States he likes, and other things that he does not appreciate. He insists that his identity is solidly neutral.

“It never occurred to me to be anything other than what I am,” Rezvani declares.

One thought on “The Journey of a Lifetime”