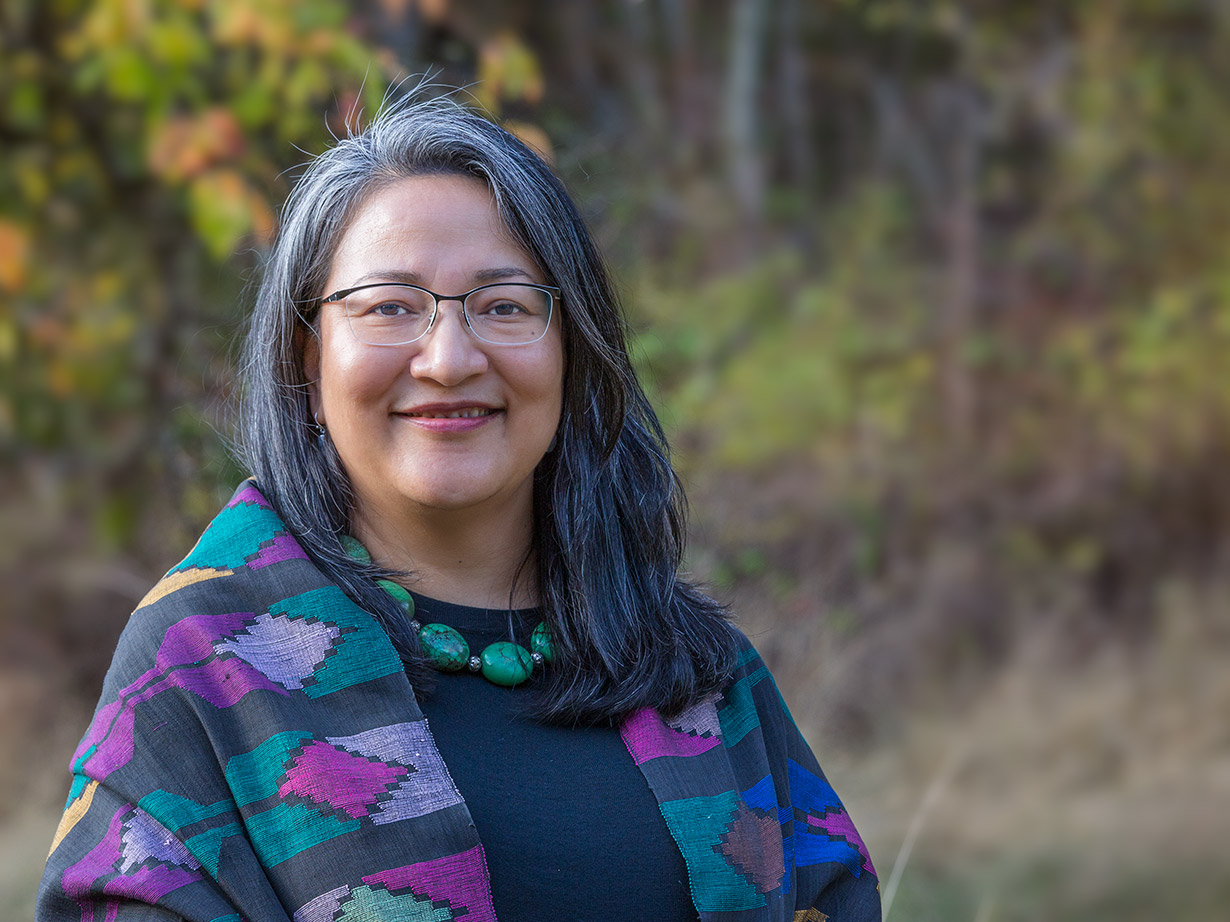 To this day, Bandana Shrestha feels a sense of gratitude for the example her mother, Indira, set for her as she grew up in Kathmandu, Nepal.

“She was a lifelong learner,” Bandana Shrestha says of her mother. “She was a tremendous role model for me and all the women in our family.”

Shrestha, born to a middle-class family in Kathmandu in 1970, recalls her childhood fondly.

“We are Vaishyas, merchants” she says, referring to the Hindu caste system, “my grandfather owned the first movie theater in Kathmandu Valley so we would go there for free and sit on little stools in the back.”

Shrestha was an active, free-spirited child and had many neighborhood friends. She used to ride her bicycle, and when she got a little older, her mom bought her a moped.

“I remember running around the neighborhood, going to different houses and eating lunch at every house,” she says.

As the first woman in the family to go to college and earn a master’s degree, Shrestha’s mother was a bit of an “outlier,” her daughter said. For Bandana, this quality translated into “a lot of freedom that many women and children did not [have].”

Because her mother put a premium on education, Shrestha and her two siblings all went to boarding school. But when she was 8, Shrestha returned home to live with her mother, following the death of her father.

As a widow, Shrestha’s mother might have been expected to remarry, her daughter said.

“Being a woman, in Nepali culture, you get your identity, your worth from being affiliated with men,” she explains. “But my mother never remarried although it was hard for her financially.”

While it was difficult, Indira made it work and wanted to help other women in her position. She was very politically active and was elected to Parliament, even becoming the head of the Nepal Women’s Organization or Mahila Sangathan in Nepal.

“She was very focused on women’s rights and women’s economic rights,” Shrestha explains. “This was probably a reflection of her own experience.”

Shrestha says now she was probably too young to comprehend the full range of her mother’s influence.

“I would begrudgingly go with her to political events or just go to raid the buffet, but I did not understand the significance of what she was doing,” she says.

Political unrest in Nepal disrupted Shrestha’s college education when she was 17. She decided to apply to the American Nepal Education Foundation, an Oregon-based nonprofit that was started by Dr. Hugh B. Wood with the goal of helping Nepali students study in the U.S. Shrestha enrolled at Linfield College in McMinnville, Oregon, with a double major in English and creative writing.

Most of her experiences there were positive. But one day, she found herself the object of racial profiling.

“I was in a shop with a friend from Malaysia and the woman accused me of shoplifting,” she explains. “And in the middle of the store [she] made me lift up my skirt.”

For students who received funding from the American Nepal Education Foundation, “The intention was for us to return to Nepal upon completion of our degrees,” she says. “But life had a different plan (for me).”

After she finished her degree in 1991, she did go back to Nepal–just for a year, working in rural development.

“ I was meant to go back but I had met my husband, so I call myself an accidental immigrant,” she says.

She returned to the U.S. to attend grad school at the University of Oregon, earning her MFA in poetry in 1994. Two years later, Bandana and Christian were married. They had met at Linfield while they both studied English, “just a couple of humanities students,” she says with a laugh.

They settled in Eugene, where their son, Anand, was born.

Over the years, Shrestha and her family have made many return visits to Nepal.

“My son has been raised with a strong connection to his mother’s heritage,” she says. “He is a biracial child and it is important for him to have that connection. It’s very important to recognize that you are not complete if you don’t know where you come from. Otherwise you don’t know who you are.”

“(To lose an important person) changes your relationships to places,” she says. “My mom was the thread that tied me to Nepal. I will go back now, but maybe not with the same frequency.”

Along with her two college degrees, Shrestha earned a certificate in gerontology from the University of Southern California. In July, 2021, she was named Oregon state director of AARP.

Perhaps echoing her mother’s commitment to activism, she said: “I found my calling – working in community service and the nonprofit sector. I feel very connected to the mission, making sure people have quality of life as they age. It is something that happens to all of us. What a gift.”