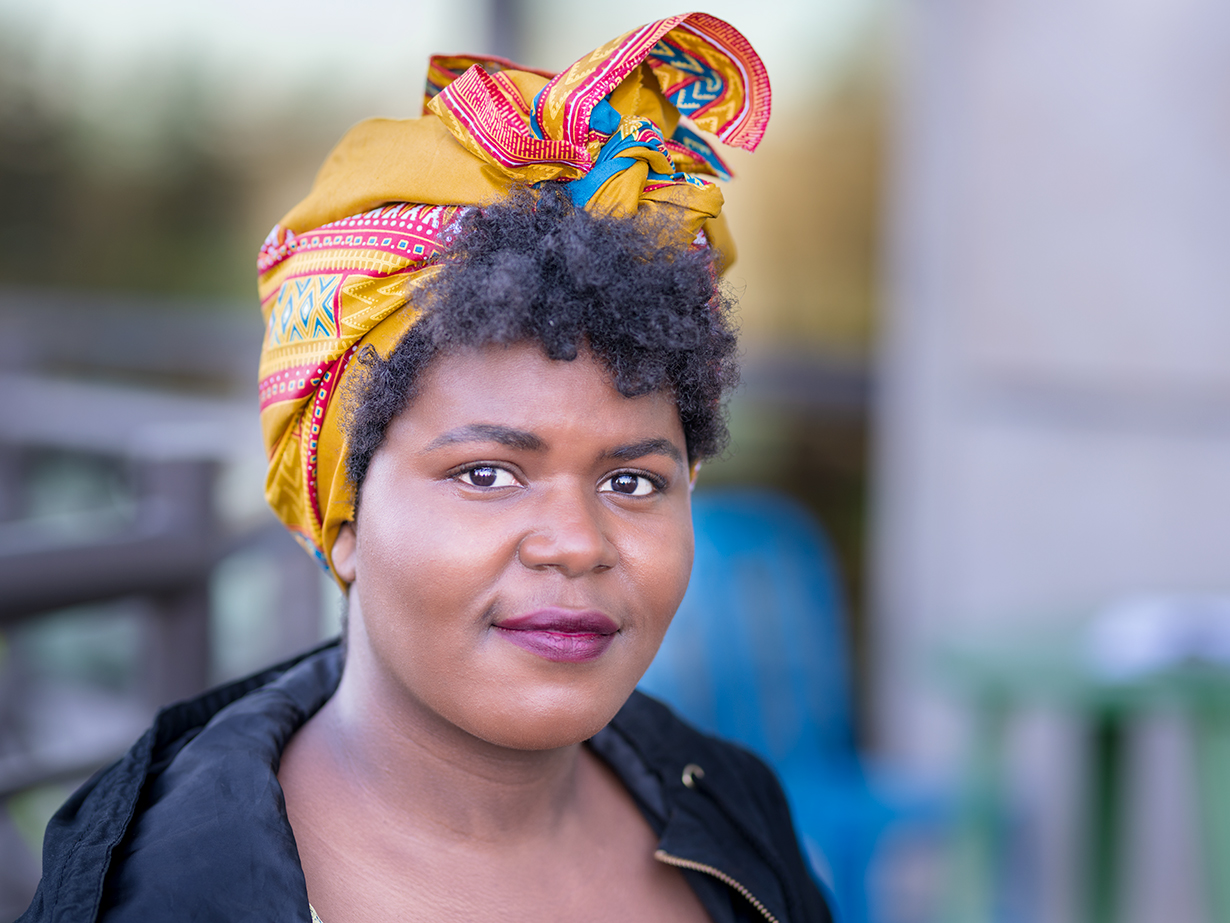 Beneath the star-studded sky of Makamba, Burundi, 6-month-old Olive Bukuru clung to her father’s hip as they fled on foot for roughly 100 miles to Tanzania. It was 1996, and they were Hutus fleeing genocide. Family members had been killed before their eyes during the violent struggle.

After surviving the dangerous trek to Tanzania, they established themselves in the Nduta Refugee Camp. Though the family lived in a “house made of dirt with grass over it” and depended on rations doled out every other Wednesday, Bukuru said, “I had a great time, I had my friends there and both my parents. We invented our own games and went to fetch water together. That was home for us.”

When Bukuru was not having fun with her friends, she attended school at the refugee camp. Despite the fact that girls were not expected to go far in school, Bukuru recalls, she was “a great student.”

Meanwhile, her father was working unremittingly on applications to immigrate to the United States. Finally, after nearly four years of interviews and screenings, her father told the family the good news.“We’re going to a better place,” he said. “We’re going to America.”

In July 2007, the family boarded a plane destined for Portland, Oregon.

“We brought just one large bag and a small bag for all nine of us,” Bukuru remembers.

Although she flourished as a student in the refugee camp, Bukuru faced challenges when she entered Beaverton’s Highland Park Middle School.

“I remember crying and having panic attacks because I couldn’t understand what people were saying around me,” Bukuru said.“I would be made fun of for my accent.”

Other students called her names, including “African monkey.” Her parents, recalling the risks they took to escape Burundi, told her, “Insults can’t kill you, so just ignore it.”

Heeding her parents’ advice, Bukuru worked tirelessly both inside and outside of the classroom to improve her English. But with a move to Hillsboro High School, she lost the support of a dedicated ESL (English as a second language) class.

Undaunted, Bukuru told herself, “OK, now is the time I have to step my game up.”

She gave herself an extra challenge by taking four advanced-paced classes, or International Baccalaureate (IB) classes.

Bukuru not only passed her classes and got into Portland State University (PSU) but was also chosen to share her story upon graduation from Hillsboro High School.

“I encouraged students to be the best they can be,” she said.

Unlike in a refugee camp, she reminded her classmates, “Everything is right there. Just ask for help.”

While at PSU, Bukuru chose to go on a six-month Council on International Educational Exchange program to Tanzania. To raise $17,000 for the trip, she worked part-time, took out loans and established a GoFundMe page.

During her stay in Tanzania, she crossed the border into Burundi.

“I wanted to return to Burundi,” Bukuru said, “because girls don’t go to school there. That’s just a fact.”

She only had a month in Burundi and had to quickly assess the situation and figure out a way to help.

“There were a lot of children without parents,” Bukuru said.

She realized the girls, especially, needed an organization that would pay local families to take care of them, support them in school and provide mentors.

Today, as a recent graduate of PSU, Bukuru is developing this organization. It will be called “Muhir’ Iwacu” which in Kirundi, the language of Burundi, means “our home.”

“Lots of people wish for things to change,” Bukuru says, “but you have to get up and do something. You can’t let anything hold you back. It is not an easy road, but it can be done. Whatever dream you have, you can find the strength within to empower yourself and achieve it.”