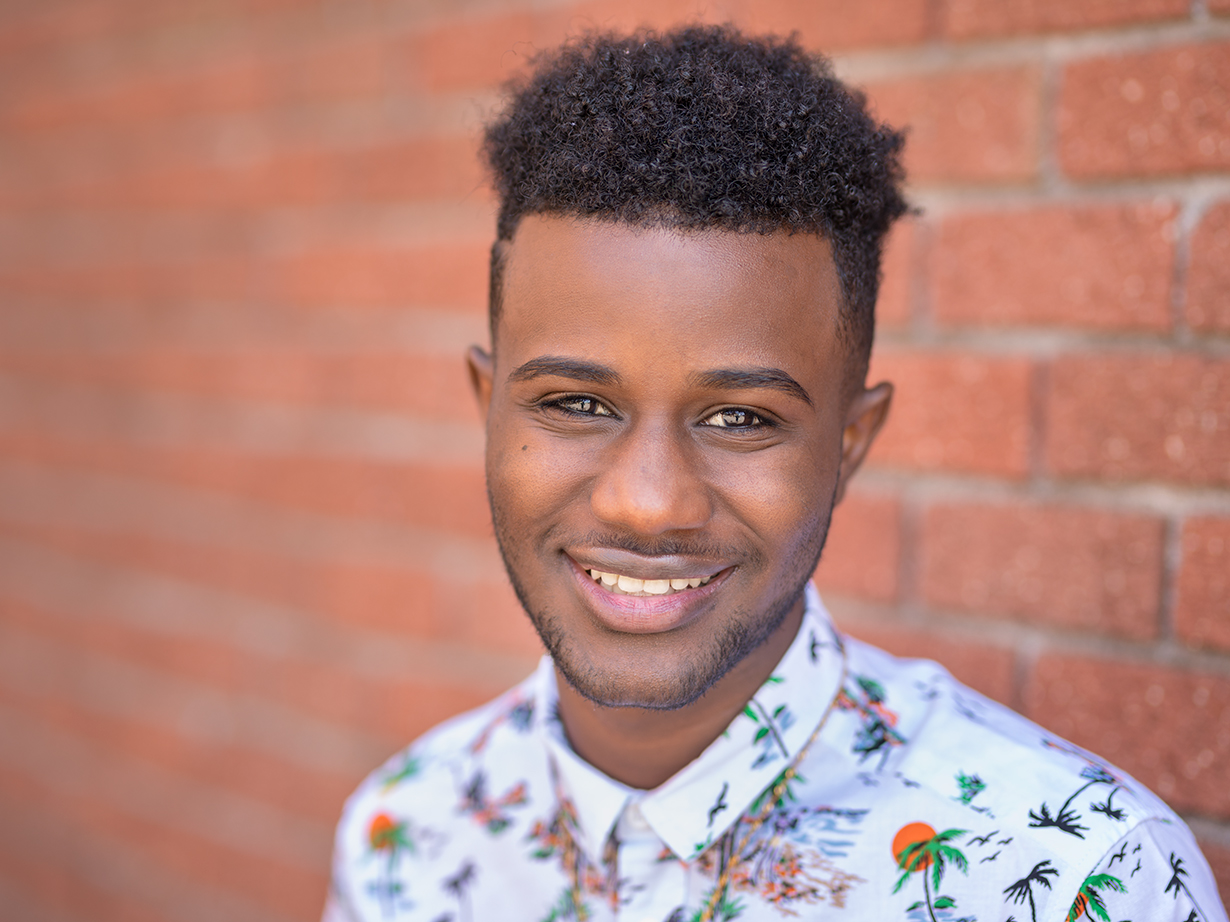 Ever since grade school, Abel Getachew has known what he wanted to do with his life—heart surgery for those in need. “When I was in elementary school, I had a friend that was diagnosed with a heart condition that was easily treatable, but since he didn’t have the money….to get the treatment he needed, he was often struggling,” Abel remembers.

That was back in Ethiopia, where Abel was born in 2000 and was raised in poverty in a small village. This fall Abel, now 18, heads off to Georgetown University with the goal of earning a premed degree..

After the birth of Abel’s younger brother, his mother fled her abusive husband. Mother and sons were destitute. “We didn’t have ten cents to buy water,” Abel said, instead having to walk to retrieve water each day. Attending school meant a four-mile walk each way. But Abel persisted, spurred on by the strong influence of a mother who herself had once dreamed of higher education.

The daughter of a doctor, his mother had been forced by her father’s death into an early marriage to the man she would later leave. With her own hopes for an education thwarted, she wanted to make sure her sons did not take their opportunity for granted. “She believed education is really valuable…. She knows education is a way to beat the struggles,” Abel said.

Then, in sixth grade, Abel and his brother suffered an enormous shock. Their mother went to the grocery store–and never came back. A mother vanishing without so much as a goodbye is a shock most people could never imagine, but Abel and his brother experienced it. Abel and his brother were sent to live with an aunt in the city. Despite the trauma of losing their mother, their quality of life was improved. Their uncle worked for the city, which meant they had running water at home. Abel found himself at a much nicer middle school, where he excelled. What he did not know until later was that his mother had moved to Portland, where other members of her family were already living. She immediately set to work to bring her sons to the United States.

As they deboarded from their first plane ride In May 2012, Abel and his brother were greeted by their mother and other relatives, all carrying balloons and flowers. Abel spent the summer honing his English through books and television. He also played a lot of soccer, a game he describes as “a tool to communicate with other people”—a bonding activity that transcends language barriers. Abel had been playing soccer since early childhood and turned out to be one of the best players around his new town.

In the fall, Abel started right at eighth grade, and continued his hard work. He advanced to the highest level of ESL classes after only one year. For high school, he enrolled at De La Salle North Catholic High School, attracted by the work-study options and opportunities to form close relationships with teachers.

Abel has taken full advantage of the academic cornucopia that unfurled before him. He made a point, for instance, of going to speak with his teachers after school. He achieved a 4.0 GPA, earned an internship at OHSU, and scored a place on the soccer team and track teams. Abel also had his name included on a published scientific paper–and with all these activities, he still found time for charity work. Georgetown University not only admitted him, but awarded him a scholarship. He is well on his way toward becoming the person he wished had been there when he was a child: an international, pro bono doctor, so that boys like his childhood friend, even in a tiny village in Ethiopia, can live life to the fullest.