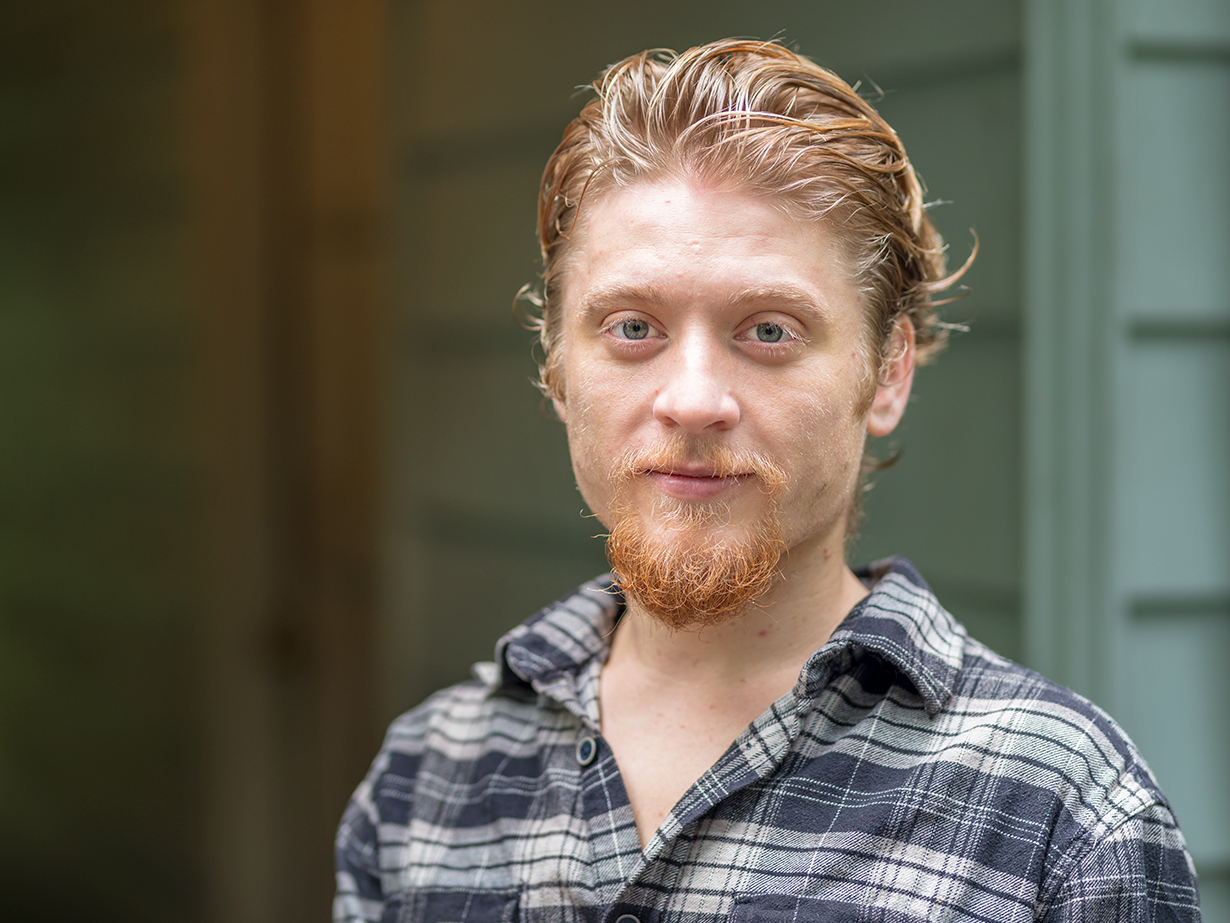 Alta never imagined he’d end up living in America — not while growing up behind the scenes of a satirical French marionette show, nor when he was an apprentice to a renowned shoemaker, and especially not when he was traveling and working his way to the Caribbean. But then he fell in love.

Born in Paris in 1990 as Federico Altazor Bifani, Alta’s life was never a straight path. His family moved to Chile when he was 3. He and his younger sister Malindi grew up chasing chickens barefoot and climbing fig trees. He spoke Spanish with everyone but his French mother. His Chilean father was a teacher, but could rarely find work. Most employment revolved around the mines due to Chile’s economic condition.

His parents often fought, and after seven years, his mom took the kids back to Paris. They all slept on the floor of one room in his grandmother’s apartment, and the adults all worked together. His Parisian relatives made costumes for the marionettes on a television show called Les Guignols de l’info, which satirized American politicians.

Adjustment to city life proved difficult. “Other kids told me I looked like an alien, and teased me that I was not French,” he recalls. Despite his smaller physical frame, Alta started fighting and neglecting academics. For the next few years, Alta cared for his sister and did the cooking while their mother worked.

Alta left for art school in Belgium at 17, but he failed after one school year. Feeling lost and seeking direction, he joined Compagnons du Devoir et du Tour de France, a French organization of craftsmen and artisans dating from the Middle Ages. Their traditional, technical education includes taking a tour around France doing apprenticeships with masters. The group worked 14 hours, six days a week. “It was so strict, it was military-like,” he recalls.

When Alta was kicked out of the association for fighting, one of his mentors took him on as an apprentice. He hand crafted shoes for five years, but did not feel fulfilled. “I looked around me at all the rich people [buying fancy shoes] and realized I’m happiest barefoot. I am not some fashion guy; I am a workshop rat, ” he says. He sought a deeper satisfaction.

Next Alta headed to the rural south of France to live a simpler life with his cousin, staying in a trailer, working in a barn, and washing in the river. He saved government assistance money to buy a car, and adopted a puppy, whom he named Ogú, after a children’s story about time traveling adventurers. They soon set off on their own.

Alta and Ogú crossed France, Spain, and Portugal, planning to eventually sell the car he called home and sail to the Caribbean. He was working at an ecolodge on the Moroccan coast when he met Xanthia Wolland. “With her, there was no game. I’m simply happy in her company,” he explains.

Xanthia was on a gap year while going to Reed College in Portland, Oregon, and after the couple traveled Europe together, it was time for her to return to her hometown in California. Parting was devastating for them both.

A few weeks later, Xanthia got a call from Alta: “Don’t freak out, but Ogú and I are coming.” The two visited all the people and places most important to Xanthia, then made their way up the West Coast to Portland.

Alta had planned on returning to France in August, but realized he did not want to leave Xanthia. They decided to get married in the backyard in a small ceremony filled with friends, food, and dancing.

Now, while Xanthia works toward graduating, Alta is mastering carpentry. Wherever the future takes them, Alta knows they’re at home together.