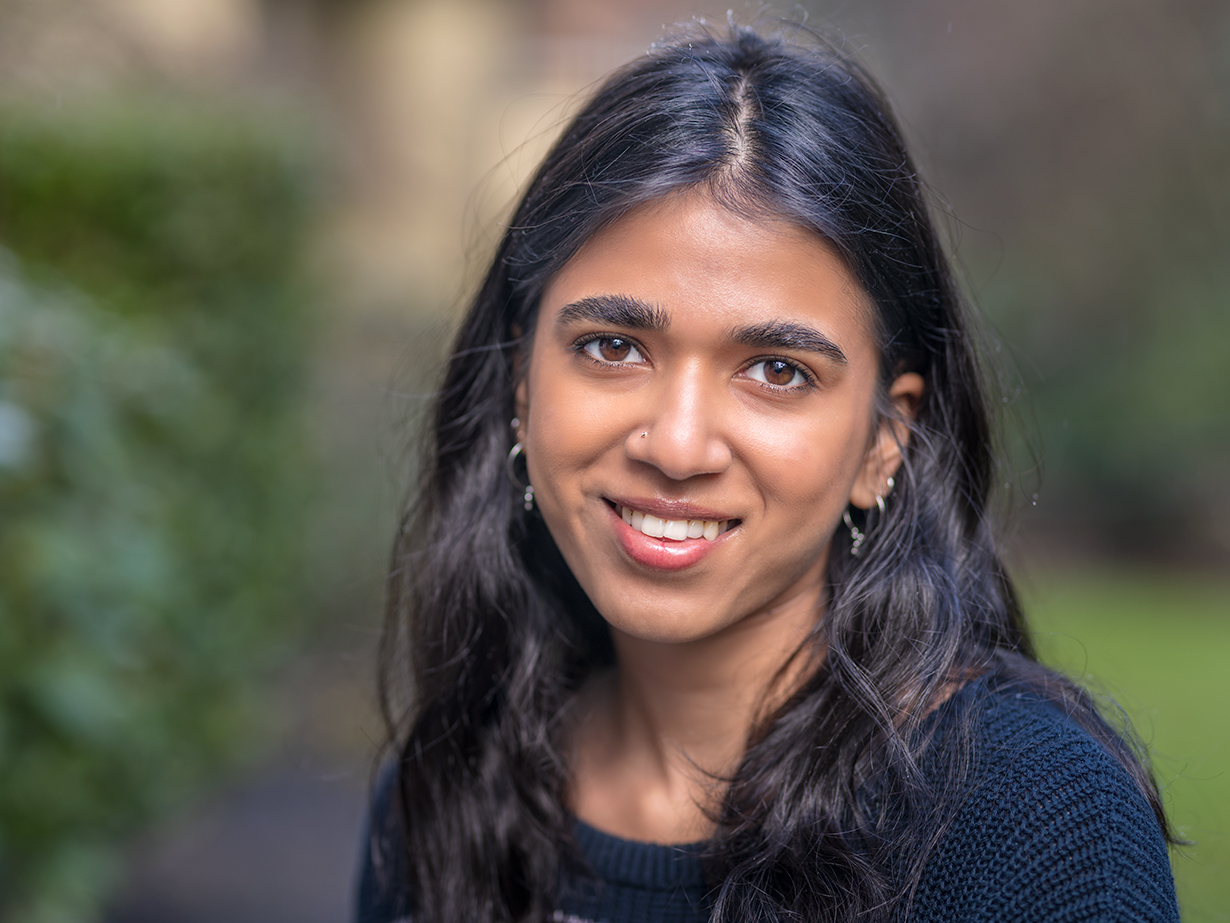 Yamini Rajan was 12 the first time she heard her father cry. With tears rolling down his cheeks, he saw the scars covering Yamini’s thighs and arms. She had been pretending to sleep when her parents came in. Her father, weeping, wondered how long his daughter had been struggling with depression.

Yamini was born in Mumbai, India in 2001, and grew up in Bangalore. Some of her fondest memories of this time are traveling with her family to other cities in India. “It seemed like the only time we were all together,” she says, remembering the long hours her father worked and the various activities that took her and her sister out of the house.

As a child, Yamini remembers, “I was a really shy kid growing up. I spent a lot of time just reading alone.” As a student, Yamini earned good grades, but never felt the urge to compete with other students. In her elementary school in Bangalore, she says, “The class would always find someone to pick on and a lot of the times that person was me.” The sense of isolation she felt at school made her rebellious at home. Instead of finding friends, she focused her energy on her own interests, especially art.

In 2012, the family moved to the United States. After years of being bullied, Yamini says, “I was excited for the fresh start.”

In Oregon, Yamini faced culture shock. Her classmates were less respectful of the teacher and would make ignorant comments about life in India, asking if she rode on elephants or had ever seen an iPhone.

Just a few months into their new life in United States, Yamini’s mother was diagnosed with breast cancer. At barely 12 years old, Yamini not only had to navigate living in a new country, but also anxiety about her mother.

“I didn’t know it was depression then,” she says, “but at that time I was very depressed and isolated. I became friends with a girl experiencing similar emotions and she opened me up to this world of self-harm.”

While Yamini’s family became consumed with her mother’s illness, Yamini fell deeper into her depression. “I didn’t really care if I lived or died,” she says.“I didn’t feel like I had a purpose.”

After Yamini disclosed that she had attempted suicide, the friend who had introduced her to self-harm encouraged her to contact the school counselor. “We had all the right advice to give to each other, we just didn’t take it ourselves,” she notes.

After she spoke with the counselor, he contacted her parents and they saw her scars for the first time. Yamini entered therapy, but was still struggling. “Therapy is something you really have to put effort into,” she explains, “ I didn’t know what I was supposed to be fighting—I didn’t have a name for any of it. I didn’t really believe I could fight it.”

In April of 2014, Yamini was hospitalized for two weeks after suicidal thoughts returned. After seeing the pain this brought to her family, she started taking her recovery seriously. She continued going to therapy and worked on not isolating herself as she had in the past. “I joined a theater group and it was really fun,” she says. “It got me out of my comfort zone.”

In high school, Yamini continued to push herself. She volunteered with Key Club, a service program for high schoolers, and challenged herself academically by taking International Baccalaureate courses. Now a senior, Yamini plans on attending George Washington University in Washington D.C to study criminal justice. She aspires to eventually attend law school.

Even with her brightening future, Yamini hasn’t forgotten her past and what she has had to overcome. She has shared her experience with mental illness by participating as a storyteller for the non-profit organization ASHA International. She says, “I’ve seen so many people going through the same thing and it’s my hope that I can put my story out there and motivate someone to seek help.” In addition to speaking in the United States, Yamini also spoke in India, noting, “The topic of mental health is not spoken about enough here, and in India it isn’t spoken about at all.”

To those suffering with mental illness, Yamini advises finding community. “You should talk to at least one person. It’s easy to feel alone, but there are so many people experiencing something similar,” she says. “There is a network of people out there who can help.”

4 thoughts on “The Hard Way Can Be What Saves You”