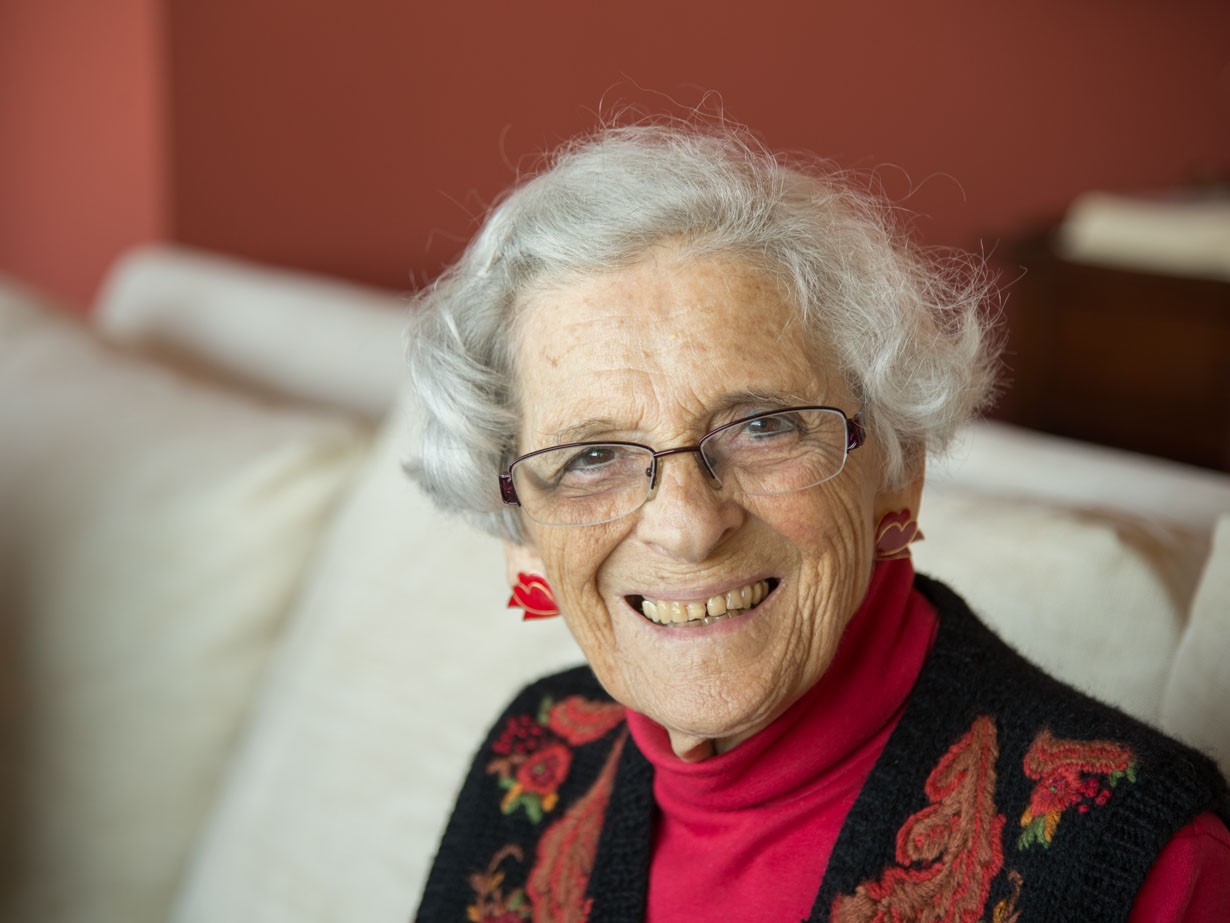 When Eva Simons Rickles arrived home from school one day in November 1937, she was greeted by an unfamiliar nurse and was told her mother was sick in bedHer father was nowhere to be seen, and two strange men sat in her living room. Little did the 9-year-old Eva know that this was all part of the tense plot to get her Jewish family out of Berlin, Germany.

“For years after Hitler first came to power, it was a lot of tough talking,” Eva says. “(People said), ‘The Germans will come to their senses, and they’ll get rid of this man. Don’t worry about it, it’s going to be all right.’ Well, we know it wasn’t.”

In 1933, Adolf Hitler came to power and Eva started school. Anti-Semitism had been growing in Germany, but this was the first time it had touched young Eva.

Her parents, who were not practicing Jews, originally enrolled her in public school — but then changed their minds and placed her in a newly opened synagogue school.

“There had been some very bad episodes of (Jewish) children being injured in the German school system,” Eva says. “So in a large city like Berlin, several synagogues began running their own private schools for children.”

The school quietly focused on emigration. Three languages were taught, with the goal of equipping the children for the near future: German, Hebrew and English.

Eva was aware that her parents were planning their departure. She recalls them stuffing pillows around their radio and telephone when they talked about leaving, in case they were bugged. Their talk and preparations scared her, and she had recurring nightmares of being left behind.

The family planned for years before leaving. Eva’s father was a prominent dermatologist and a veteran of the First World War. He could not imagine that Germany would turn against him now.

Then one day, an acquaintance showed up at Dr. Simons’ office and warned him that the Gestapo would soon be coming after him. After the acquaintance left, Dr. Simons called his wife with a simple message, walked out his door and caught the next train to Holland — and then a boat to England.

The message had been: “I’m going to see David.” This was a reference to a wealthy English patient of Dr. Simons who had offered to help get the Simons family out of Germany permanently.

While Dr. Simons waited in London at David Bingham’s estate, Eva’s mother enacted her part of the escape. For some time, they had been making arrangements with another Jewish family. Whoever got in trouble first was to help the other family. So her mother called the Lucas family, and the wheels began turning.

In the dark about the details, Eva did not realize that the nurse who met her at the door was there to stall the Gestapo officers in the living room, nor did she know that her mother was feigning illness.

When her grandmother arrived from Cologne, Eva was not told that the purpose was to smuggle Mrs. Simons and Eva out the back door of the apartment, handing them tickets to England. As for her father, she had no idea where he was until they were on the ship.

Yet to Eva, the great tragedy of this departure was that she did not get to take her little dog with her.

England to New York to Seattle

Eva’s family did not stay in England. A prominent American patient of her father’s helped by furnishing the Simons family with the essential visas, without which they could not immigrate to the United States. The family arrived in New York on Thanksgiving Day 1937. Eva remembers stopping on the street to watch the Macy’s Thanksgiving Day Parade.

From New York, Dr. Simons booked the family ship passage through the Panama Canal to Seattle. Once there, with the help of money from Mr. Bingham and a contact in the medical field, Dr. Simons worked to get himself recertified as a doctor in the United States.

Yet Dr. Simons faced hostility from the local chapter of the American Medical Association. The AMA even attempted to block Dr. Simons’ naturalization as a U.S. citizen. In the end, they were unsuccessful, but they were able to evict his practice from the main medical buildings several times until he settled in a more remote downtown area

Eva’s parents tried to keep up a strong front for their daughter, but she remembers her mother breaking down at this blow.

As for Eva, she faced mockery in school for her British accent. Her teacher responded by making excuses for Eva to help her after school, during which time she gently Americanized Eva’s English.

The family faced governmental suspicion as well for being immigrants from Germany. They and all German and Italian nationals were labeled “enemy aliens” and placed under curfews and other restrictions until World War II ended.

Today, Eva still carries the marks of these years.

“My sense of security is very quickly shaken by governments,” she says.

Yet Eva, now a resident of Portland, Oregon, tells her story when she can, considering it her mission to speak to more than anti-Semitic issues. To this end, she cofounded the Native American Art Council of the Portland Art Museum.

“(I) attempt to do my small part to fight discrimination against other human beings,” Eva says. “There are many, many people who, as minority people, are terribly victimized by policies of government. The story has to be told.”

Special thanks due to Paul Fardig, the Rickles family and the Oregon Jewish Museum and Center for Holocaust Education for access to the interviews and family photos that made this story possible.

*A previous version of this story said that the Gestapo showed up at Dr. Simons office. The edited version says it was an acquaintance who warned Eva’s father, initiating the family’s escape. Thank you to the Rickles family for the correction.