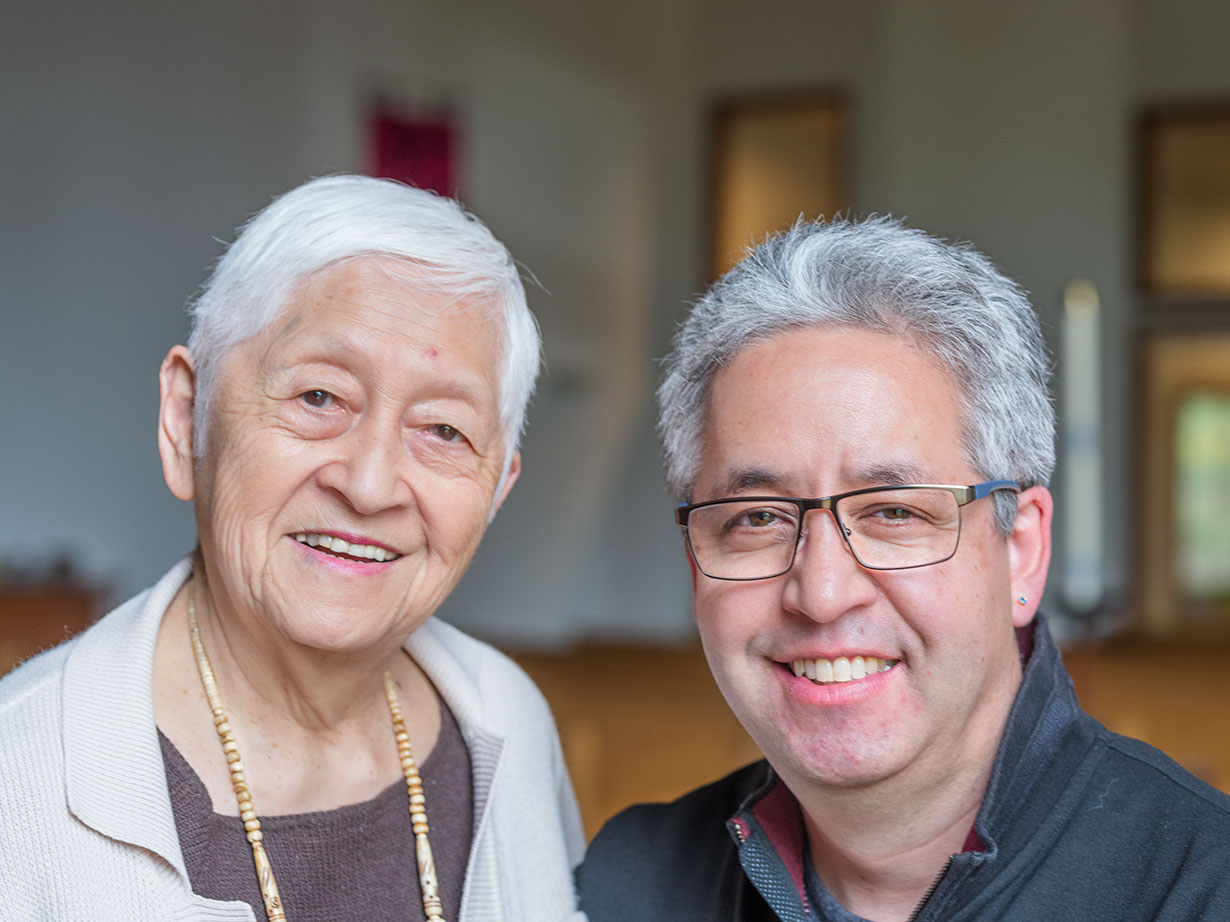 Mitzi Asai Loftus and her son Toby talk frankly about her memories of growing up in Hood River, Oregon; her childhood incarceration  in a Japanese-American internment camp; dating and racism; changing and reclaiming names; and what it means to grow up mixed-race. Please note this episode contains mentions of suicide as well as racial slurs against Asian-Americans.

Mitzi was born in Hood River, Oregon. Her parents, immigrants from Japan, owned orchards there. But when Mitzi was ten, she was forced from her home and taken to an internment camp in California and then in Wyoming, as part of the U.S. wartime incarceration of Japanese-Americans.

Many Roads to Here is a production of The Immigrant Story. Many thanks to Mitzi Asai and Toby Asai Loftus for their time and storytelling, and to St. Andrew Lutheran Church in Beaverton, Oregon for allowing us to record there. This episode is part of the I Am an American series, generously funded by Anne Naito-Campbell. It was produced as part of the Oregon Rises Above Hate Coalition.

This episode was produced by Caitlin Dwyer who also edited the audio. Post processing was done by Gregg Palmer. Music was composed by Corey Larkin. Our executive producer is the Sankar Raman.

For more stories, visit our website, listen live at prp.fm, or stream us wherever you get your podcasts.