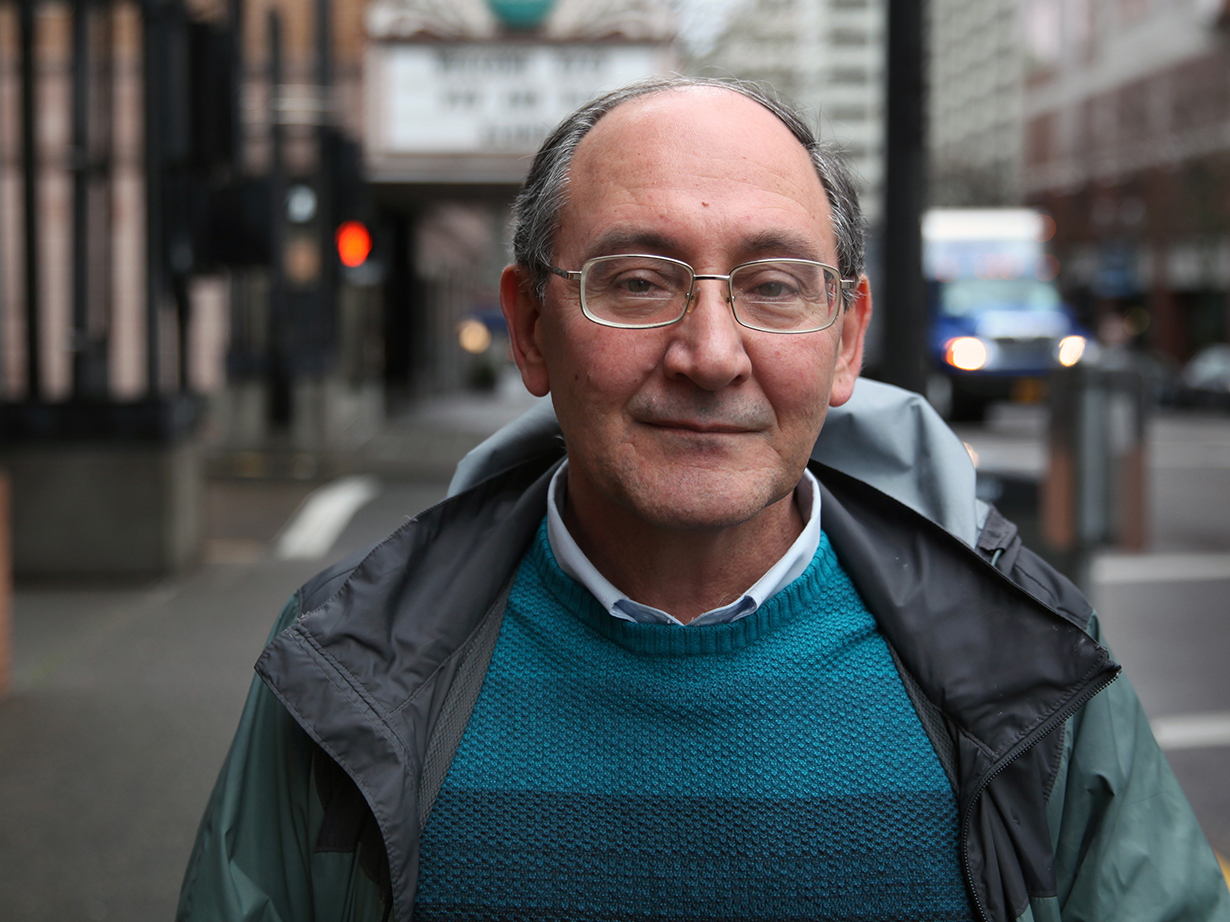 Dr. Baher Butti’s earliest memory dates from 1963, when he was just two years old. His uncle took him to visit his father in prison, where he was serving time for his political activism.

Butti’s bloodline of activism runs strong. Besides his father’s stint as a prisoner, Butti’s grandfather — Iraq’s first minister of culture — started a newspaper and went to prison for opposing the British colonial mandate. Later, Butti’s father inherited the newspaper and became the chief editor.

Targeted for his acts of political resistance, Butti’s father discouraged his children from defying the government — yet teenaged Butti decided he would explore different ideologies. “My father found a book in my room that was against the regime and got upset. He took the book, but I went to the store and bought another copy,” states Butti, a Baghdad native.

In 1980, when Butti was in medical school, the Iraq-Iran war started. Butti remembers when a fighter pilot mistook the hospital for the Ministry of Defense located next door, also near Butti’s school.

“He was using the light from the hospital bathrooms as a target. Five or ten of us students ran to the hospital, and we each took a couple of floors. I had to break the light with my shoe, and that’s how we managed to stop the bombing,” relates Butti.

After graduating in 1984, Butti married Balsam Matti, a classmate from medical school. From 1986-1990, he did mandatory military service at a medical unit at an Iraqi air base. In 1995, he earned his PhD in Psychiatry from the University of Baghdad, allowing him to “meet my interest in the humanities.”

In 1999 Butti became the director of the Al-Rashad Mental Health Hospital in Baghdad. A chief of nurse accused Butti of protecting a man he believed was disrespecting a photo of then president, Saddam Hussein, when he tore it off the wall. “The officer investigating me could have sentenced me to seven years in jail and I would have lost my degree,” explains Butti. “But I had to protect people. The system was totally corrupt.”

Then, in 2003, the U.S. invaded Iraq. American tanks soon filled the streets.

“I was again an activist,” avows Butti, describing several organizations he joined.

A group of Butti’s peers from high school, Baghdad College, created an organization called The Bridge, to connect the Iraqi people and the Coalition Provisional Authority (CPA), a transitional government. He then co-founded the Chaldo-Assyrian Syriac council in 2003 to advocate for fellow Christians in the establishment of the Iraqi constitution, later joining the larger Iraqi Minorities Council.

“I also founded my own organization, al-Jannah (which means ‘paradise’) for Psycho-Social Humanitarian Care,” says Butti. The program’s goal was to educate people about mental illness, fight stigma, and build a psycho-social approach to democracy.

Representing Iraqi Christians, he ran for Parliamentary elections in 2004 in an intersectional list, but lost because “at that time the sectarian lists dominated the political process,” says Butti.

Then, Butti got a call from a relative in Michigan, a state that is home to many Iraqi refugees. “He said ‘your name came up on a list of assassination targets. You have to leave’,” recalls Butti.

Butti fled to United Arab Emirates with his wife, mother, Adeeba, and daughter, Ula, leaving both sons, Fadi and Sarmad, behind to finish school. When Kinzie heard about this, he invited Butti to make his WACP presentation at OHSU, sponsoring him with a visitor visa. In 2007, he applied for asylum and started the first Arabic-speaking mental health program at OHSU. A year and a half later, Butti’s family joined him in Portland — including his sons.

Now, he feels empowered to be vocal. “I engage myself because there is freedom and democracy and you can be an activist openly,” Butti says.

True to his activist spirit, he has since founded the Iraqi Society of Oregon and the Center for Intercultural Wellness as “an approach to wellness of refugees and immigrants through healing, adjustment and community organizing,” says Butti. He is also co-chair of the New Portland Policy Commission, to address the Portland immigrant and refugee communities’ strengths and needs.

He says working through past trauma is key to the healing process for immigrants and refugees. “You need to engage,” Butti maintains. “If you can find your mission in life and act on it, you cannot be the sun but you can be a candle.”

One thought on “A Candle in the Darkness”