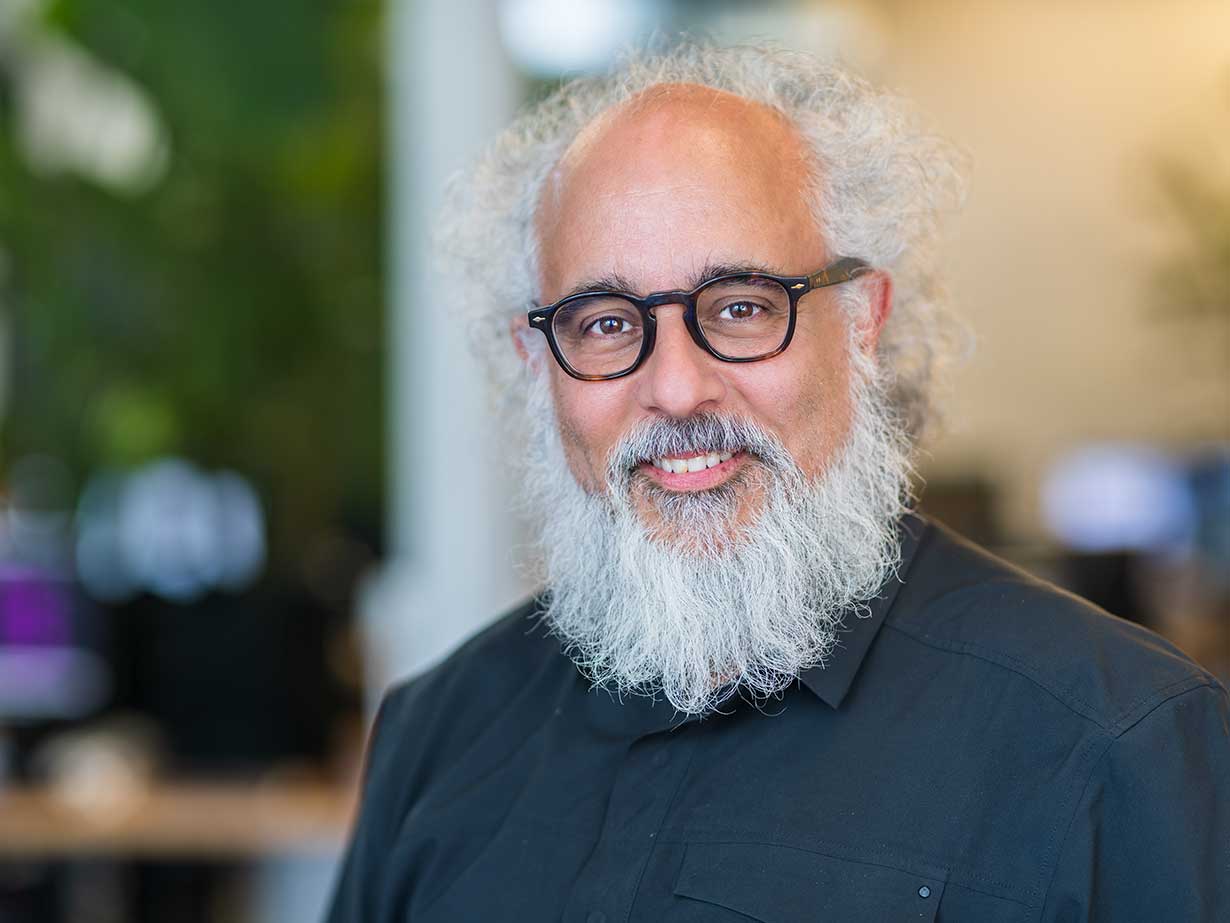 Mauricio Villarreal, co-founder of the design firm PLACE, takes a pragmatic approach to daily existence. “Life just happens,” he reasons, “and I don’t overthink it.”To him, community and prosperity are essential aspects of life that can be influenced by anyone but should be allowed to occur naturally.

Villarreal was born in Bogotá, Colombia, in 1961. His father, Jose Maria Villarreal, was a prominent political figure, holding several government offices, and his mother, Isabela Maria Villarreal, worked in the arts. He jokes that his father, trained as a lawyer, held so many political positions that instead of trying to remember all of the important jobs he held, “I’d say, ‘He was everything but President of Columbia.’ “

When Villarreal was 14, his father accepted a diplomatic posting in Tokyo, Japan. Villarreal  attended an international school there, interacting with students from Japan and across the globe. The experience gave him the opportunity to learn English and to travel. It also left him thirsty to learn about other cultures and communities.

“When you’re young, you don’t really think about it.” he says. “When I look back on it now, I realize it was an unbelievable opportunity. When you’re there, you think, ‘This is just what life is.’”

Living in Japan also enabled Villarreal to begin working with plants and natural design through the practice of Bonsai. After his mother began taking bonsai lessons in Japan, Villarreal became interested in the discipline as well. When the family returned to Colombia when Villarreal was in 10th grade, he and his mother established a Bonsai Academy there.

After high school, Villarreal began studying mechanical engineering at Universidad de Los Andes in Bogotá. But he missed working with design, as he had done in high school.

“In my high school drawing classes, we had to do drawings for homework,” he remembers. “I would sit down and do mine and then I would do another three sets because I knew I had friends who were never going to have their drawings done on time for the next class. I would give the extra sets to them to turn in.”

In college, Villarreal realized “I wasn’t working with my hands. The only class I enjoyed was three-dimensional drafting, where I was able to draw.”

So he dropped out of school and returned to Japan to work as an intern for one of his Bonsai mentors, sculptor and painter Carlos Rojas. The internship taught him more about creating a healthy, thriving work community through alternative business practices,  including having the leader of the business work equally as hard as their employees.

“That’s something that I’ve carried through my life,” he notes. “The owners are often the guys who are working on the weekends cleaning the studio. You do what you need to do. There is nothing that is below you to do in any way, shape, or form.”

At the end of the one-year internship, he enrolled in the University of Oregon’s landscape architecture program. He moved to New York after graduation to work for an architectural firm called Quennell Rothschild. Eight years later, he moved back to Oregon.

The pair hopes to expand their company internationally,  grounded in their backgrounds as immigrants to the United States and their interest in reaching other places with their work. “For us, PLACE  is about creating relationships and knowing people,” he explains.

PLACE employs designers working from Portland, Seattle, Singapore, Shanghai, Beijing, and Tokyo. From its inception,  it was meant to create a communal space for Portland’s entire artistic community, not just landscape architects.

“Little by little, it has become home and we are very proud of how we are able to have a place to have exhibitions,” he says. “People in Portland know of PLACE as an art center and a community center. It’s kind of a people center. You walk into the studio and the first thing you see is someone else’s art. That just speaks to the community we have here.

“What spaces like this do is create a space for communities to come together and feel belonging, ownership and pride,” he continues. “Together, we need to continue to believe in, invest in, and occupy these spaces.”