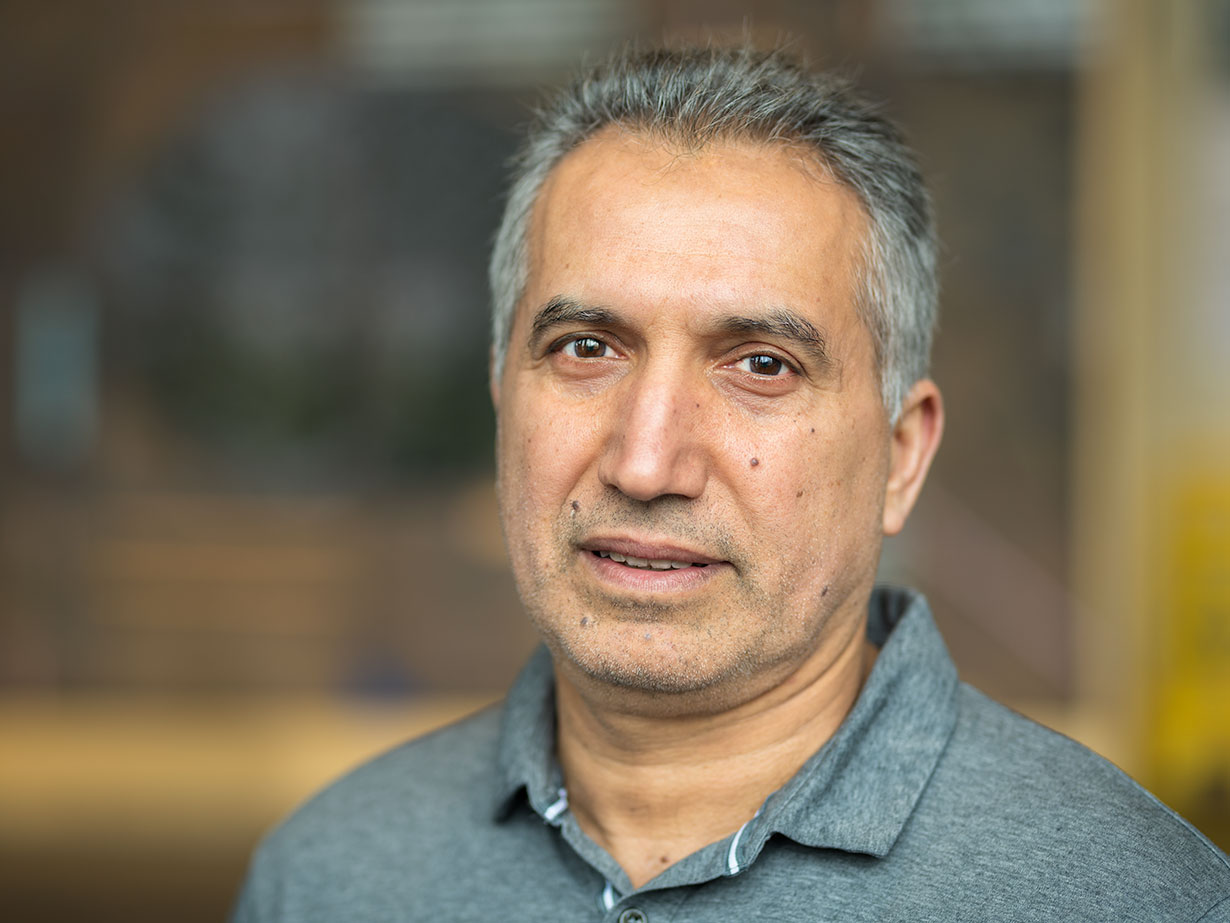 Farzad Larki, a modern-day Odysseus, took 11 years after leaving Iran to thread a torturous way to the new homeland of America. Along the way Odysseus made life-threatening visits to the lands of Cyclops, Calypso, and Circe, barely avoiding the entrapments of Scylla and Charybdis. Larki made a torturous journey from south east Iran to the province of Balochistan, then on to the Pakistani border, by truck to Karachi, and eventually to Germany, The Netherlands, and Canada, before finally landing in Portland, Oregon. Though a not untypical immigrant story, Larki’s is an extreme version of uncertain journeying.

Larki was born in Masjed Soleyman, in a mountainous section of western Iran, in 1963. His father, who had a B.A. in English, was an administrator for an Iranian oil company, and the family was solidly middle class. Though nominally Muslim, they were not deeply devout, the father even taking an occasional nip of Johnny Walker scotch.

With the Khomeini revolution in 1979, life soon became difficult for the enlightened Larki family and 16-year-old Farzad: severe dress regulations, segregation of the sexes at school, whippings in the street for violations of the strict moral codes, and in the Iraq-Iran conflict that soon followed the 1979 revolution, the death of two relatives. By the time Larki finished high school, the family had moved to Tehran, and he was determined not to join the army in a war that had decimated the youth of both countries.

By 1985, he was set on joining a brother who had gone to the United States before the revolution. Smugglers helped Larki and six other young men across the Iranian border via pickup truck. Under cover of night, he made it  through the bush and the desert on a donkey’s back. Along the way, villagers provided scraps of food. More smugglers got him to Karachi—more than 1000 miles away—but not until Larki handed over several thousand dollars his mother had sewed into his pants. He chuckles even now at the thought. He skirted checkpoints, hid in gullies, and passed through a final guard station only because the troops had turned away to pray, “one more piece of luck that carried me on my way.”

In  Karachi Larki found a safe house filled with other Iranians. He applied for asylum at  a U.N. office, but nothing came of that effort. In conservative Pakistan, Larki had to watch not only his back, but also his mouth. He knew that if he said anything bad about Khomeini,  he would be picked up for subversion. In addition, he avoided the seductions of opium and heroin, plentifully available among his friends. In the meantime, Larki improved his English with American films, and looked to Europe as his next goal.

But his troubles mounted: on the way to obtain a visa for Germany, his Iranian passport was stolen. In yet another twist of fortune, a new smuggler sold him a fake passport and a plane ticket to Germany, but without a visa he and 45 others like him, traveling together, were stopped in transit to Bulgaria. But one representative from the group was taken to the East German embassy and procured temporary visas for all of them to go with their fake passports. Once they got safely to East Germany, they were taken at night by bus to the Berlin Wall, where, in an underground passage in a metro station, “they literally pushed us into West Germany. It was a day or two before Christmas, 1985, and freezing cold weather. We had only flimsy clothes, because in Karachi, where we had just come from, it was over 80 degrees.” Larki stayed in West Berlin for five years, getting by with odd jobs and welfare money.

He snagged a cooking job at a restaurant in Bremen.  Eventually he was offered ownership of the place, but turned it down, his sights set still on America. When his application for an entry visa was denied, he took the next possible route, to Holland. In Amsterdam he met someone who got him yet another fake passport, this time Italian. At last he was able to fly to Vancouver, British Columbia.

Fearful, with each step closer to his destination, that he’d be discovered as an illegal, Larki nevertheless received “landed immigrant” status, the Canadian version of a U.S. green card. He polished his kitchen skills at  a Persian restaurant, a seedy joint where drug dealers and bikers hung out. Next he shifted to a Greek taverna, where he worked four years, learning recipes and skills that would serve him in Portland. And he met his wife, Shiva, an Iranian woman who had immigrated to Canada.

Armed with Canadian citizenship and passports, he and his wife finally arrived in the States in 1996, eleven years after his wandering began. “As you can imagine, once I started that journey it was never easy nor clear what the future would bring. But I must say that this long and tiring voyage was well worth it, and I am grateful to live with my family and loved ones in this beautiful part of the planet.” He chose Portland because both his parents, his brothers, and his sister already lived here. The couple have two sons, Arman, now 21, and Dario, 19.

Larki sold cars for a while, then ran a convenience store. But  all the while he dreamed of once again cooking in a restaurant. After running a small café, in 2016 he opened Blu Olive Bistro, a small but lively taverna in a Portland shopping mall. Because of his immersion in Greek food in Vancouver, his restaurant seems authentically Hellenic. But a careful look reveals several Iranian dishes, thanks to the influence of Larki’s wife, a passionate Persian cook. One small nibble of Zeytoon Parvardeh, a beloved Iranian dip made with green olives, pomegranates, walnuts, and mint, and Larki is right back in his homeland, his own Proustian food memory.

Anxious to see once again his many cousins, uncles, and aunts, in 2012 Farzad returned to Iran for a visit, finding his old neighborhood “almost unrecognizable from the place I knew 27 years earlier.” But when he located his old street in Tehran, he came upon the very tree he had planted in front of his house so long ago. Odysseus, too, upon returning home, finds trees planted by his father before his son’s departure from his ancestral home. It’s one more link joining the mythic voyager with the modern-day, peripatetic refugee.