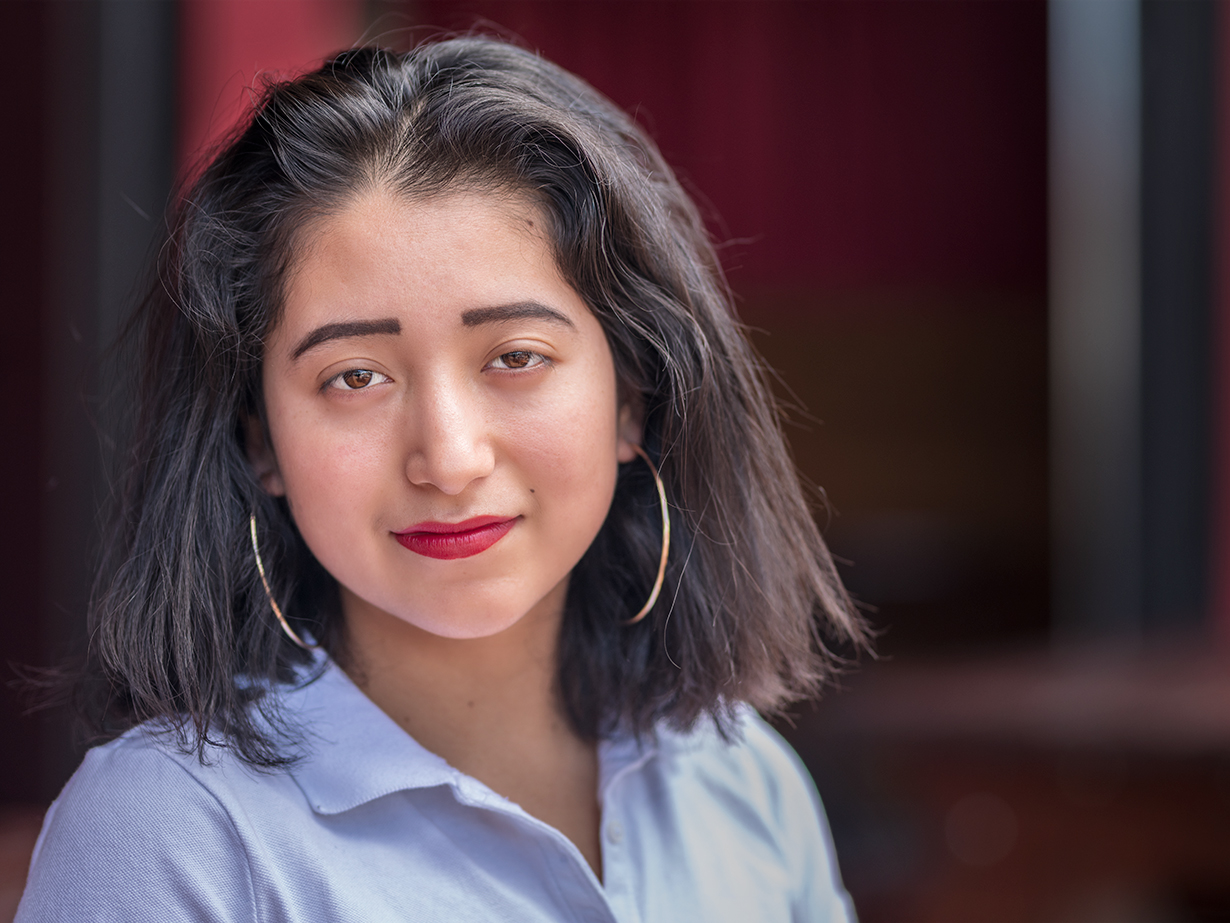 On a drizzly June night in 2015, Yesica Pérez Barrios crossed the border from Agua Prieta, Mexico to Douglas, Arizona with her niece and a coyote leading them. Suddenly, the coyote told them to stop walking and to wait for him until he returned.

Flashes from all the conversations warning her of the dangers of the United States flooded her mind.

The man did not return, leaving Yesica, age 16, standing in the desert in the middle of the night with her seven-year-old niece.

A few minutes later, she heard motorcycles approaching. She and her niece bolted, but they didn’t get far, as border patrol agents shined flashlights in their faces and ordered them, in a mix of English and Spanish, to halt.

Yesica burst into tears, thinking they’d be sent back to Guatemala and the problems they’d been fleeing from in their journey of more than 2,000 miles.

Born in Toajlaj Tectitán, Guatemala in 1999, Yesica Pérez Barrios grew up in nearby Posonicapa Grande, an isolated mountain town. At the start of her freshman year of high school, she left the town she’d lived in most of her life to begin a journey by bus and on foot to the U.S. border, all while caring for her seven-year-old niece.

Anything planted in Posonicapa Grande  thrived, and she remembers days spent gathering firewood and scattering corn and fava bean seeds with her mother and five siblings.

Her mother devoted herself to caring for her children as well as Pérez Barrios’ grandparents and other relatives who lived with them. Her mother was also her advocate in her large family and later, when she was bullied in school.

Perez Barros excelled in school, but she says her focus on academics was partly to escape the pain of bullying. Pérez Barrios grew up without her father and became accustomed to hearing taunts of “huérfana” (orphan) from classmates. Other times, students asked to copy her homework, and when she refused, ridiculed her further and once even cut the straps of her backpack.

She had an easier time at her new, larger middle school, where the bullying decreased.

However, in 2015, before she was set to start ninth grade, Pérez Barrios had to leave Guatemala for family reasons.

An older brother and sister already lived in Beaverton, Oregon. Her brother arranged for Pérez Barrios and her niece to meet a coyote in the town of Cuilco, close to Posonicapa Grande; he drove them to Comalapa, a Mexican town bordering Guatemala.

A two-week bus ride to Agua Prieta, near the U.S. border, followed. In every town, Mexican police stopped the bus, asking for travel documents. One officer figured out that Pérez Barrios and her niece lacked papers. He demanded a bribe and threatened them with deportation to Guatemala. Her brother had to quickly transfer them money so that they could continue.

“I was very scared because I was with my little niece, and she was more scared than I was,” Pérez Barrios said.

In Agua Prieta, they saw a desolate place with only cacti growing. It also started raining just as they began climbing a ladder to cross over the border wall at night.

“It was very high, and I just didn’t want to look down. I thought that I was going to fall and die on the ground there,” Pérez Barrios remembers.

Crying, Pérez Barrios and her niece started running after the coyote as soon as they landed on the ground, and then walked for another hour or two. She describes not knowing where they were walking and having to trust the coyote, who offered few indications about their direction, except for the occasional “adelante.” After they all walked for a couple more hours, the coyote deserted them and the border patrol appeared.

The girls were driven to a detention center and ordered to remove their belts and shoelaces.  Border patrol took their pictures and fingerprints and asked them a litany of questions. They were given juice and a cookie before spending one night there.

“It was very cold. There were no beds. Just metal benches and people using aluminum blankets,” Pérez Barrios recalls.

The following morning. she and her niece were transferred to another detention center in Arizona.

“A lot of people waiting, and some were crying, and I think they were getting deported. They were saying, ‘I don’t want to go back to my country,’” she remembers.

Nobody communicated to any of the detainees how long they were to stay there and what their next steps were, Pérez Barrios remembers.

“Finally, I asked a guard what was going to happen to me, and he just didn’t care,” Pérez Barrios recalls. “He came back after a few hours, called my name and my niece’s name, and then said, ‘Ok, separate your stuff. She’s going to a different place because you’re a minor, and you’re not her mom.’ And then they took her.”

Pérez Barrios was also transferred, to a shelter which she describes as having better conditions, and was enrolled in a school. She had hundreds of classmates from Central American countries who had also been detained. Two weeks later, a social worker reunited her with her niece, who’d been living with a foster care family.

“She saw me and started crying. They told me she hadn’t wanted to eat or talk and just asked for me all the time,” Pérez Barrios explains.

After three more weeks, Pérez Barrios and her niece flew to Portland to reunite with her brother. Soon after, she started the asylum process. She hopes to apply for a green card in 2020.

When she began ninth grade at Sunset High School in September 2015, she spoke no English, and describes being lost and overwhelmed on freshman orientation day. But she persisted, especially with learning English, and was frequently the first in class to volunteer to read or answer a question. Most teachers knew her situation, she says, and tried to be sympathetic and supportive. One Sunset librarian has even offered to help Pérez Barrios write a book about her life.

During her sophomore and junior years, she gained more confidence and made friends, including another student from Guatemala seeking asylum. Her senior year, she attended prom and joined the Latinos Unidos club on campus.

In June 2019, she graduated from Sunset High School, earning several awards in the process.

Pérez Barrios has also been working the entire time she’s been in the U.S., sometimes even two jobs at once. Now, she works as a server at a Mexican restaurant and has moved out of her brother’s house and rents her own room. Her mom also arrived in June as an asylum seeker.

“I think my family considers me the only one who speaks more English than the rest, I drive, I have a job, I work a lot, I have my apartment right now. It’s a lot of pressure though,” Pérez Barrios admits.

Now, she has just started classes at Portland Community College and is considering becoming an elementary school teacher. She feels confident about her many potential plans.

“A lot of people are living my life or have gone through similar things. To them, I say, ‘Keep going and don’t give up,’” Pérez Barrios says. “Honestly, those who have papers or who are from here shouldn’t think themselves better — we all have a life we’re struggling for, and nobody can know another person’s life or what they’re going through.”

One thought on “Finding her way, bravely”